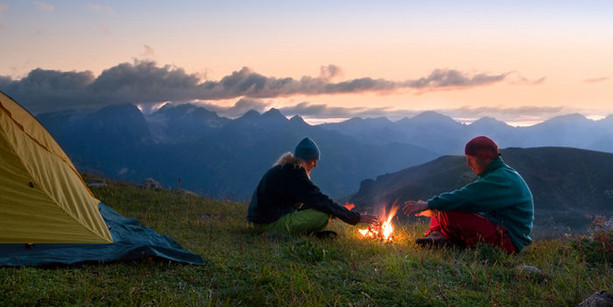 Like beauty, good therapy is in the eye of the beholder. What is good depends on what you want, and how you assess it. Despite the fervour for measurement in mental health, it is not a science, or if it is, it is a subjective one that can be asserted but not unequivocally proved.

As a psychoanalyst, the notion of good therapy comes with caveats - one being that the aim of an analysis is not to be “good”, at least not in the way our culture usually assumes. I am talking of the values that have come down to us from philosophers like Plato, for whom the “good” was an absolute standard to which we should all aspire. For psychoanalysis, this is not case: what is at stake is not a universal good or goal, but the desire of the singular patient or analysand.

Psychoanalysis aims to allow the analysand to articulate the truth of their desire. It neither seeks nor endorses the notion of a normative “good.” Of course, it wants to be effective. But “effective”, like “good”, is an abstract idea for which there is no objective measure. One can talk of “what works” but this begs, rather than answers the question. As human beings whose subjectivity is framed by being subject to language, the central concern is always a particular one: “what works for me”, or, “what do I want?” This is a dialectic that requires a questioner – the analysand who comes along with a problem – and an interlocutor – the analyst whose job it is to listen in a very specific way. What occurs between these two is psychoanalysis.

Psychoanalysis is not just a means to be heard. It is a way to discover where one is in what one says; the place of the elusive “I.” This is truthful knowledge. It does not rule out therapeutic markers – such as symptoms getting better, increased autonomy and capacity for introspection – but nor does it correspond with them. Psychoanalysis and, by extension I would say good therapy, is interested in deciphering what is said so that the speaker becomes acquainted with what they want. It is the denial of this that is the source of pathology. We become ill by saying what we don’t believe. When we become aware of this largely unconscious pattern, a sense of freedom emerges. Forces are liberated within us so that it is more possible to enjoy life, not as frightened people looking for safety, or as repenting sinners, but as beings comfortable in their own skin.

I would not, however, call this state happiness because that, like the “good” is an abstraction which ignores the unconscious. It is possible, for instance, to feel “better” or “happy” without any increase in the sort of self-awareness to which analysis orientates itself. Indeed, more self -awareness might, for a time, lead to feeling disturbed or lonely, experiences that may be part of “waking up”. Happiness is what some analysands expect but it’s not something good therapy should promise. Rather, what is offered is the chance to stop devoting your life to your symptom, the troublesome behaviour that cannibalizes the space where love should be.

Psychoanalysis allows a subject to close in on what makes them fall in love and desire. This is what Freud called "the condition of love”. In psychoanalysis, as in other forms of therapy, it is framed through the transference, or therapeutic alliance, that is, the odd way in which who and how we love derives from who and what we have loved and lost.

The transference, while it may be directed to the analyst, is in fact a love addressed to knowledge. It is a knowledge that requires speech to manifest - we say new things, more than we in fact know. This is the knowledge which appears when science gives up. It is based on language, the means we have to establish subjective truth and detect desire. Hence, analysts pay attention to what analysands say, not what they ‘meant’ to say. Strange as it may seem, we don’t really know what we say most of the time. To be human is to be spoken by signifiers, or what you might call the values that inhabit us via what we have seen and heard.

One way of thinking about what happens in an analysis is to imagine these inherited values, or identifications, being unpicked, so that something like real autonomy and choice emerges. With the advent of true speech comes a position where analysands can speak to the analyst about themselves, rather than confusing the analyst with someone else. This is a process which does not, however, arise through persuasion or even by thinking which, in itself, solves none of the riddles of mental distress. It appears when the analysand speaks freely, and the analyst proceeds without any purpose in view, allowing him or herself to be taken by surprise.

If this sounds theoretical, psychoanalysis in practice is anything but. It abounds in ideas, but is known the way that poet John Milton knew “every alley” of his “wilde wood”; that is, by walking through it. You need to do it. Speech is the idiom, but not just any sort of speech. Psychoanalysis requires one to speak without censoring oneself. It is a lot harder than it sounds and when it works it produces enlightening revelations. From this free association, the strange state of mind in which one knows and does not know a thing at the same time, arises the new beginnings which are, I would say, the hallmark of good, therapy.

Posted on 16 August 2012 in - Philosophical Enquiry