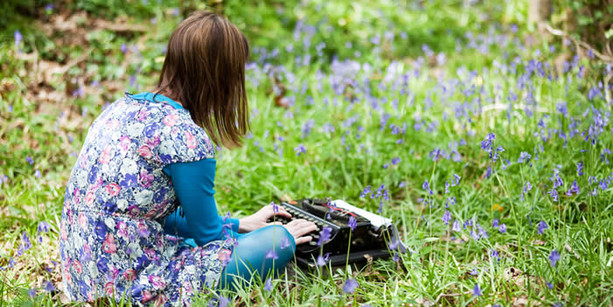 Raymond Carver came up with a memorable title for his 1981 collection of short stories. As a moniker, What do we talk about when we talk about love has it all. It points to the impossibility of coming up with exhaustive definitions of what we most value. Love, it tells us, is not a statistic, nor a science. It is an experience best understood as a question, one that goes on creating meaning.

This is, I think, also true of therapy, particularly psychoanalysis, which is premised on questions remaining alive. That is the contradiction in the Talking Cure, as psychoanalysis is known: One talks to find answers but finds that ultimate answers are disguises rather than definitions. Some answers, of course, are possible, but they tend not to be categorical. As Leonard Cohen points out, there is a crack in everything; that being the way that the light gets in. So what we find when we talk about love, even in an analysis, is not black and white. This is one of the ways in which psychoanalysis differs from religion, self help and new age nostrums.

Such distinctions, however, are not widely understood, often because people without an interest in psychoanalysis don’t know what it is. As I have found when asked about my profession, the word psychoanalysis elicits either silence or an association with psychology. The first is perhaps understandable, the latter misleading. Psychologists don’t have much time for Freud, let alone his more radical French interpreter, Jacques Lacan, nor are the goals of psychology the same as those of psychoanalysis.

Psychology tends to focus on shaping behavior through conscious change. Psychoanalysis, notably the variety taught by Lacan, is more interested in what is occurring at the level of the unconscious. This means it eschews psychology’s focus on social adaptation and its tendency to equate the human psyche with the model used for animal behavior. For Lacan, the psyche exists in a signifying network that separates us from the animals.

As Lacan sees it, the project of psychology is to plot all human relations, and human subjectivity, on an imaginary axis, rather than accept what is implied by the way the unconscious works. What is this? It is the effect of the continual displacement of signifiers: what we see and think we know is conditioned by the meanings we infer. Subjectivity, then, is linked to a theory of language that privileges the mobility of the signifier, rather than some supposed inherent, unchanging character and rationality. This is why ambiguity is central, both for language and for psychoanalysis. The fact that a signifier can be unhinged from its referent means meaning is mutable and human psychology is not an extension of animal psychology.

For Lacan, psychology, because it claims to know something, is an “error of perspective on the human being”. Psychoanalysis he compares to the dialectic adopted by Socrates; that is an art of conversation that seeks to reveal the true meaning of speech, but does not claim to be learned. This is not a lack of knowledge, but learned or scientific ignorance. It goes, you might say, to what is capable of being formative for the subject. In the clinic it means the analyst accepting he knows nothing of the patient save what her own words, or signfiers, reveal. And what is most revealing is not the rehearsed stories, but the inconsistencies exposed in the telling.

But here is a twist to the plot in which psychoanalysis, by insisting on the centrality of the unconscious, seems to be demanding depth with a capital ‘D’. The unconscious, it turns out, is detected on the surface. It resides not in some Aleister Crowley cavern, but in slips of the tongue, jokes, dreams and symptoms. Dreams, then, are not some kind of deep recess where unacknowledged thoughts hide, but something at the level of the symbolic. Thus, to analyze dreams involves paying attention to its text – or signifiers – rather than getting stuck on the psychology of the dreamer.

This means that the surface, what someone says on the couch for instance, is not superficial. It is what matters. An example is the Mobius Strip, which Lacan invokes as a way to represent the topology of the unconscious. While this object is just a piece of material, twisted, and joined at each end, its key quality is that it only has one surface. It seems to have a top and bottom, but if you trace its surface you see they are the same. Lacan used it to imply the unconscious; in the US it has been used to shape a bracelet with an inscription from poet Ralph Waldo Emerson.

But then that is what you might expect, even hope for, from ambiguity; because of the mobility of the signifier, meaning, like language, is not fixed. The wording on the bracelet, by the way, states: “what lies behind us and what lies before us are tiny matters compared to what lies within us.” It is poetic touch, though different in tone to either Lacan or from Raymond Carver. Carver, the writer whose What do we talk about when we talk about love focuses on four people attempting to put into words what love means to them, was more earthy. What his characters find is what Lacan points to – love can be viewed in many different ways, and rather than being established by proclamation, it is governed by signifiers.