Travelling at the Speed of Light-Heartedness 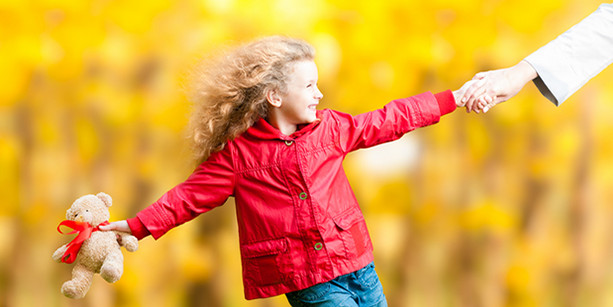 Although I trained as a Gestalt therapist, my professional journey began as an early childhood educator. For 15 years I worked with children from a wide range of physical, intellectual and socio economic backgrounds. Those years helped me to lay the foundations for what would later become my philosophy.

Notwithstanding the years of learning theory, and training experientially to become a therapist, these 5 qualities are essential to my understanding of what is 'good therapy'.

1. Maintain a Child's Sense of Curiosity and Wonder

Whether it's a short walk to the shops, a game of chasings, a fat brush full of bright paint or an ant farm brought in for 'show and tell', a child's experience of her world is embodied in curiosity and wonder. Observing children whilst they are playing, talking, eating, and even resting reveals how they are true Masters of being present.

Children have taught me to listen with my body, not only with my ears. Have you ever watched a child as he is being read a favorite story? She melts into the images, the sounds the smells of the narrative and each moment becomes the next penultimate experience. Just as the child listens with wonder and curiosity so too does he relish being heard in the same way.

The moment of pure meeting as described by Martin Buber in his work entitled I-Thou is where wonder and curiosity melt and the act of seeing, hearing, speaking, listening and understanding transform into an act of Love.

2. Every Person's Life is Worth a Novel

As the title of Dr. Erving Polster's book states, no one can escape being interesting, although people are often the last ones to recognize the drama in their lives.

Taking the abstractions so often used in conversation and therapy, (I feel challenged, She was cruel, I am lazy, He abandoned me…) and unraveling the stories behind the abstraction always reveals part of the rich and colorful tapestry of the individual's life.

By telling our stories we give meaning to our lives.

3. Offer as much support as is needed and no more than is necessary

As a teacher I would set up the playground with planks and ladders, balancing beams and other equipment that would foster their imagination whilst also challenging them.

Usually I knew that if a child could climb up to a certain level they would be able to climb down. It may require timing, patience and some courage and occasionally a steadying hand but rarely did I ever see a child unable to get out of a place they had put themselves into.

As I work with my clients that philosophy still holds true. I have often found that if I offer more help or support than is required my client will walk away without the gift of insight. The inevitable result of over support is a diminished ability to self support.

4. Remember, it takes one to know one

In my opinion, an "unhealthy" person is one who, among other things, is locked into his or her projections. A lot of disowned qualities (good and bad) of that person's self are unrecognized by the person, and are seen as existing outside of one, especially in other persons who are emotionally important to him or her.

As a person becomes healthier, she learns to withdraw the projections. This takes moral effort, and the willingness to endure the embarrassment of realizing that what I have accused others of, is also in myself.

The well-known Gestalt technique of the 'empty chair' is, among other things, directly aimed at helping a person re-own projections. For example, a person who complains that his mother is too critical is asked to speak to his mother in the empty chair. Then--and this is the crucial moment, the one clients "resist" the most--the client is asked to sit in the empty chair and be the critical mother, to act out the body language, the tone of voice, the words of the critical mother. The client often says at this point, "I can't do that! That's just what I don't want to be!" This is because the person doesn't want to acknowledge his or her own criticalness. If the person can perform the experiment and be the 'critical mother', the therapist may then ask if any of this critical energy is recognizable as being in the client as well. The client is guided to see that his own internal critical mother--part of his own energy--is within him, that he, in the present, criticizes himself just as harshly as his mother ever did.

To me, it is the hallmark of integrity, both personally and professionally, to own one's projections, and to be open in principle to owning all of them. This makes a person whole. Importantly for therapist/client relationships, it makes a therapist safer for a client to open up to. If I as a therapist have re-owned a lot of my projections, I will be less likely to project onto my clients (counter-transference) and make them bear the brunt of my own self-alienation. I will have compassion for the human condition, and acknowledge myself as a human being with strengths and weaknesses, just like my clients.

5. Travel at the Speed of Light-Heartedness

Being a therapist is serious business. Doing 'good therapy' is even more serious. How we address the ethical, therapeutic, healing, relational, appropriate or inappropriate aspects of our work takes years of learning theory, methodology and practice. Rarely however do we learn the wisdom that is held in the heart of Spontaneous Stupidity.

Spontaneous Stupidity is the true gift of children and the one thing we forget to practice when we most need to. Osho said: "Be a joke unto yourself". Spontaneous Stupidity is recognizing the absurdity in our reaction to people and events. It is skipping down the street in the rain simply because you can. It is tossing a box of corn flakes around the room when things get too tough and all the children are crying at once (I did this once and it was fantastic!)

Traveling at the Speed of Light Heartedness reminds me not to take myself so seriously. If I can laugh at myself, eventually my client will laugh at me too. In time he may learn to also laugh at himself. That surely is what true healing is all about.

To look at the drama of our life and to laugh with an unbearable lightness of being.

Posted on 13 September 2004 in - Philosophical Enquiry