How taking your own side can minimise confusion and conflict 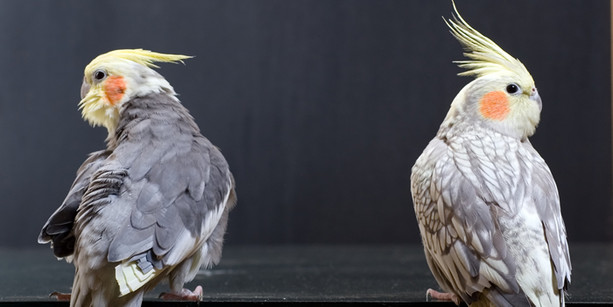 Communication is the biggest reason couples get into conflict. Communication refers to all aspects of what you say, but many of us only focus on the words we speak. In fact, you communicate in a multitude of ways including your tone of voice, eye contact, body language, choice of words, and your unspoken and unintended messages. You also use silences, pauses, inflections, and movements to express yourself. And you are very good at picking up on all of these different types of communication in your partner and other people.

A central problem with communication today is that we still do not give enough credit to non-verbal forms of communication. We do not have a language for expressing the many layers of what we hear. We remain on the surface, relying solely on "the words" and then wonder why we end up in strife.

How often do you have or have you overheard a conversation that sounds like this?

"Well, I hear you saying X & Y, but I also notice that your tone of voice and body language seem to express something else. Are you aware of what else you might want to say?"

We just don't get down to this level often enough. We are focused on words to our detriment. Our biggest growth in relationships of all kinds is to learn how to attend to all levels of communication - not just what is said! We would benefit greatly from gaining fluency in our own non-verbal and unintended communication signals. In most cases our inability to hear the fullness of our own message leads us deeper and deeper into conflict. It sets of a chain reaction of double messages - which I call double talk - when both people are sending double messages without awareness. Let's take a look at how this gets us into messy relationship conflicts.

A double message or double signal is when you say one thing but mean another. In fact you may mean both things at once - but for some reason, you give preference or priority to only one part of your whole truth. Often this is an unconscious process - we don't realize we are sending two conflicting messages. Let's say your partner has just informed you of her plans to go out with some friends on the weekend. You have a discussion about it and hint at whether you are being invited. Your partner says that it's something she wants to do alone. At this point your words will be used to communicate the more known or palatable message:

"It's fine, do what you want to do!" But your tone of voice or body language expresses "I'm hurt and angry that you're not including me."

Suddenly, you're in the middle of conflict. Your partner is saying "Well I won't go then!!" This really means "I'm pissed off at you for trying to control me and I'm going to make you pay for it!"

Silence and confusion! What has just happened?

Two conversations just happened - but only one of them happened consciously. If the double messages had been spoken, there could have been an open and heartfelt conversation:

"Honey, I just made some plans to go out on Saturday morning with Jane and Bob."
"Oh, ok, that's fine of course…(pause)…I also notice I feel a bit hurt - it doesn't sound like I'm invited…I was hoping to catch up with Jane and Bob too and I want us to spend some time together…"
"I want us to spend some time together too…but I need some 'just me' time with my friends… how about we have them around for dinner next week…and let's make some 'us' plans now?"

On the receiving end of double signals you hear the spoken message but also react to the unspoken message; their body language, tone of voice, eye contact or choice of words. As a result you might get defensive, feel confused, or believe you are not getting the full story. So you half consciously respond to both messages, and your partner (who is often unaware they are sending double messages) then feels angry or frustrated - "Why isn't she hearing me?", "He's not listening!" "That's not what I'm saying."

Double messages can haunt a relationship like ghosts. You can feel their presence - trouble is you can't quite see them or put your finger on them! You might be sure you have seen one but your partner denies it outright! "That's not what I said!!" "You're putting words into my mouth!" "I am LISTENING!"

Double signals are tricky to nail down - and really we all need to look out for our own double signals. Usually they arise because you haven't taken your own side strongly enough. You try being nice, compromising, understanding - all the while ignoring the part of you who feels irritated, betrayed, hurt etc. Your words might be saying "Honey, I understand - its fine!" But your tone will unveil your deeper feelings.

Sudden and surprising conflict is often a good indicator that there are double signals happening. If you didn't expect to have a fight, you don't know why you are fighting, or you feel generally confused or fuzzy about what's going on - check out if you have brought out all your thoughts and feelings about the issue at hand.