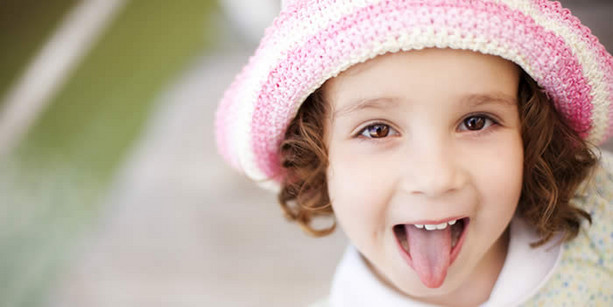 How do we sit with unresolved conflict when the other party is unwilling to work, or take responsibility? At these times it is useful to shift away from a relationship focus to an inner focus. Working on a stuck conflict on a sentient [1] or inner level is a way to move beyond polarities or (you and me) to a more unifying process in order to create change.

Sentience is a term from Process Oriented Psychology or Process Work and refers to accessing our most subtle and slightest tendencies - before there are polarities. On a sentient level there is no such thing as an external conflict, it is inside us and part of our potentiality and ambiguity. It is a level that is non-local, non-temporal and non-causal in nature.

In my enquiry I will use a specific case example of working on a relationship conflict using our sentient level of awareness. The main application of sentience is to use inner work [2], by accessing the deepest essential core quality of an aspect or person within that conflict that disturbs or intrigues us the most. This is an attempt to get beyond content and into deeper qualities that have a more unifying effect. To work on conflict as an inner experience requires the ongoing awareness and development of certain feeling attitudes such as openness, curiosity, expansiveness, eldership, generosity and detachment. Carl Jung described the process of evolving balance and symmetry as individuation. The next step in our individuation is to - discover, feel, see, hear, and relate to the world as if it were a part of us, realising that we too are a part of its development. [3]

This case describes a personal relationship conflict that a client presented. She had attempted to address the conflict with a friend but it escalated and both ended up feeling hurt and unheard. In a conversation on relationships my client who is a single, female in her late 30's felt criticised by a long term friend around what she saw as her inability to sustain a long term relationship. She was aware that her friend's criticisms reflected her own ongoing self criticism around being single and feeling that she was to blame in some way despite all the personal development and therapy she had done. Also that she had loving, deep, long term friendships. She recognised that her friend's criticisms reflected her own tough inner critic. We acknowledged that on a socio-cultural level this is also a criticism that older, single women tend to suffer from.

When asked what it was that most disturbed her about her conflict with her friend, she said it was the long term feeling that ultimately she is a 'loser' despite all her achievements. This belief has often left her feeling despair and exhaustion around never feeling good enough. She wanted to get to know this part more deeply since she disliked it so much. For my client to truly have freedom around identifying as a 'loser' in relationships meant getting to know its 'gifts and powers'

Once she took a few briefs and accessed a more relaxed, fuzzy state of inner awareness I asked: "What is the essence of the loser?" Taking time my client went inside and placed her fuzzy attention on this question using an attitude of openness and curiosity. After a little while she started to smile.

Again from this fuzzy state when asked to follow her smile and to make a slight movement from whatever she was experiencing internally, she started making small movements around her face, like scrunching her nose, then stuck her tongue out. Keeping her eyes closed I asked that she allow herself to follow this experience by moving her body in response to the mood she felt. She started to move in a floppy way, flapping her arms and sticking out her tongue. She looked playful and a little mischievous. When I asked her if she could name the core quality of her experience said she felt she was a 'scallywag'. A scallywag? Yes, a non-conventional figure who liked to beat her own drum and not be caught up with societal norms. It reminded her of the 'Fool' in the Tarot pack, an adventurer and lover of life, who bumbled along at times. A true Taoist!

When she viewed the original conflict from this perspective, it no longer held an emotional charge. This more playful aspect was a relieving response to the constant pressures of either being single or being in relationship. Both were true about my client; she is a single woman who is also in a myriad of relationships of varying degrees of depth and closeness. Doing her sentient work was an opportunity to break away from having to be one thing and to have more humour, love and compassion towards her 'loser'.

On a sentient level, trying to overcome our 'loser' never works because we cannot dispose of, or overcome our weaknesses. To attempt to do this means always desperately trying to avoid our weak spots, which makes us vulnerable to our opponents and to ourselves. The 'freedom to' in sentient work is to embrace and love the loser aspects of our own inner diversity. For my client there was a relieving sense of detachment. From the experience of the 'scallywag' she was able to say, "OK, I may not be the best catch, but I'm still a good catch!" To stay only in the relationship level can be a trap since we can get stuck in speaking from our chosen identity. Sentience allows us to deepen our inner experience of identity and develop our experience of diversity.

[1] This is an experience of vague feelings and intuitions that can barely be verbalised.
[2] 'Innerwork' is a broad term and in this paper it refers to following and unfolding awareness of our inner states of consciousness. In his book on inner work, Working on Yourself Alone, Mindell refers to innerwork as a process-oriented meditation, where 'you learn how to become a trained observer capable of helping yourself with your own feelings, visions, voices, relationships, movements, and body problems.' (1990, p.40)
[3] Mindell, A (1987)The Dreambody in Relationship, p121 Routledge and Kegan, London

Adapted from dissertation: Movsessian, S. (2002) "Putting a Lion in Your Heart" Personal Reflections on a Sentient Approach to Peace and Freedom

Posted on 20 April 2005 in - Philosophical Enquiry