Paul Currie and the making of One Perfect Day 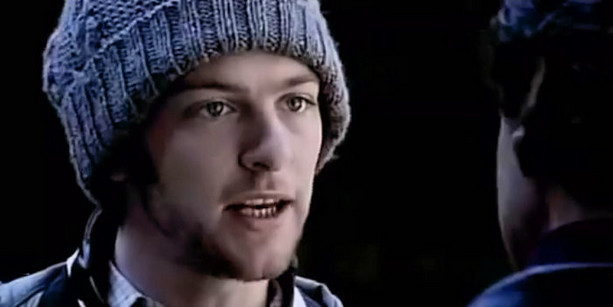 One Perfect Day is a story of self discovery ... a story that shows how fear and desire can destroy and how hope and love can create. A celebration of the strength and courage it takes to triumph over tragedy.

Like the film's protagonist Tommy Matisse, Director Paul Currie, and the team at Lightstream Films wanted to use their medium to make a difference; to encourage young people around the world to reflect on the difficulties of life and inspire the strength to withstand them.

After training actors and directing for many years, Paul Currie briefly departed from the film industry to cofound the Victorian based youth charity organisation, Reach Youth. Involving group interaction and using creative expression and sensory based technology to make a positive impact, Reach has assisted countless young people in a variety of experiential activities, including school programs, workshops, weekend discovery camps and major events. It was Paul's experiences with Reach Youth, and his understanding of the battles and triumphs of young people, that inspired his vision for One Perfect Day.

Paul explains the frustrated young talent and creative energy he so often encounters through his work:

Young people have this amazing amount of energy and zest to do, and be, something incredible. However, often there's a lack of skills, insight, intuition, and mentors, to guide that energy. I find that the creativity that lives in so many young people is too often neglected. This film is a story that tries to navigate creativity in an intense world.

He represents the quiet genius in all of us. The part of us that feels like we don't belong because we know deep down that somewhere, somehow there is something more. Despite everything he goes through, Tommy refuses to give up the search for what he intuitively knows he can achieve.

Music is used in the film as a medium to express beyond the capability of words, capture the essence of love and loss, inspire hope and idealism, and provide a gospel for a new generation. Music is truly a universal language, and dance music is a movement that spans the globe, reflecting contemporary culture. Recognising the ceremony and performance inherent to the modern dance phenomena, Paul Currie describes the attraction of dance parties for both youth culture and as a setting for One Perfect Day:

The popularity of the dance party culture affirmed my belief that all young people are in need of intense experiences through which they can tap into their own true spirit. If you ask any of the millions of young people flocking to dance parties throughout the world why they go, they will tell you it's an almost tribal experience totally outside the realms of ordinary life.

Experience and perception are important facets of the story of One Perfect Day, which contrasts two key elements of the dance music scene - music and drugs - to represent the choices one makes and their consequences. Paul Currie explains the stance on drugs in the film:

Most people in society know about drugs, have interacted with them and/or know someone who has. This film aims not to preach to its audience but instead empower youth to consciously recognise the impact of their choices.

A recurring concept throughout the film is Tommy's ability to hear something special in everyday situations that most of us take for granted, or don't stop to realise. It is the experience of stopping and observing the environment and the people around us, discovering what we miss when we fail to take the time to really listen. For example, Tommy interprets a rolling can as a soft drum roll and the drops of a waterfall as beats for an electronic symphony.

Throughout the film, we shift in and out of "Tommy Time", entering Tommy's musical head-space and hearing the dynamic sounds of his world, which represent a joyful fascination with the detail beauty all around him. Choice of perception and response to the world plays an important role in the film. The character of Hector tells Trig:
"perception is reality…what you can conceive, you can receive"

Tommy believes less in his ability to control the world and, with his perception being simply open and observing, he tells Trig of the crickets:
"they love life… for them the world sounds like this… it's like a holy hymn"

The choices made by all of the film's characters shape their personalities and lives. Themes of self-determination and destiny are paired in the story. One Perfect Day shows us that we all have access to special moments in life, and will also be subjected to its tragedies. Our destiny will be dictated by what we do with those moments. Writer Chip Richards explains the importance of destiny in the film:

Above all, I believe this film is about destiny, about the efforts to find or make our own destiny, and the temptation to try to control others. What the characters of the story most want to control seems to continually slip out of their hands, while the things they most want to reject (good and bad) seem to follow them in ways they could never have imagined.

In One Perfect Day, themes of angst and idealism underpin the story. These extremes are natural partners during the turbulent journey into adulthood, in the struggle to realise talent and dreams amidst pressure to conform, and in the potential for escape. The film encourages people to continue to pursue their dreams amidst the harsh realities of life. Paul Currie explains:

This story is a love tragedy, but from the tragedy of love comes truth, beauty and expression, and a pathway to dreams of a higher calling (songs are sung, modern operas created).

Paul's work ranges from commercial and film directing, to massive scale live events. He directed the critically acclaimed documentary Lionheart - The Jesse Martin Story. As founder of the Elliot Currie Drama Studios in Melbourne, Paul has trained some of Australia's leading performers, and brings with him a wealth of experience as both an actor and a director. Rounding out his own formal training as a director with acclaimed Los Angeles teacher/director Milton Katselas, Paul align himself with meaningful projects and facilitating powerful, moving performances from his actors.