Near Enough is... Good Enough 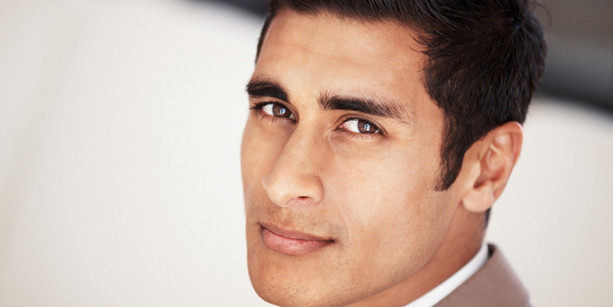 He was obviously a businessman. Well groomed, in his expensive looking suit, he had an air about him that signified he was used to having his way and to being in charge.

I asked him what I could do for him, why he had booked a consultation with me. He said a friend of his had done the Hoffman Quadrinity Process (1) and he wanted to find out what it was all about. I responded that I would be happy to let him know about some of the concepts upon which the Hoffman Process was based, and that I was also curious about whether he had another motivation, rather than mere curiosity, that had brought him to my rooms. He said, "Maybe, but first I would like to hear what you have to offer."

I paused a while. Normally in a therapeutic environment the 'client' brings an issue that he would like to resolve. Most people seek therapy when they are facing a situation in their life that is too difficult for them to handle or they are in unavoidable crisis. Seldom do people seek therapy for self-improvement.

When we ask for help, we make ourselves vulnerable. The therapist or counsellor is placed in a position of authority. In the majority of modalities, the therapist learns more about the client's personal history than the other way around. Usually there is not an equal exchange of personal information. The conceptual point is that the client needs support, usually pays for the session time and should not be privy to the therapist's personal issues, so as not to have to emotionally function for the therapist. This particular systemic set-up creates an immediate power-differential between the therapist and the client. Psycho-dynamic modalities utilise this power differential to explore unresolved issues with the parental figures, helping clients to become aware of transference issues in their life by seeing them more clearly acted out in the therapeutic environment.

When this client asked me to first describe what I had to offer, I felt challenged. I became aware that as a therapist I had become accustomed to being in a position of authority. It feels comfortable and familiar to focus on other people's problems - one can forget one's own problems. As therapists we are sharing intimate details without having to reveal or expose ourselves. This position holds a lot of power and of course is open to abuse. (That's why ethics and codes of conduct are fundamental to all respectable modalities).

In this instance I felt I had to "sell" therapy. I thought, "He wants me to reduce myself to being a sales person". My pride was injured. He was not yet willing to surrender his story to me. He had 'turned the tables'.

From my own therapeutic explorations I was very much aware of my parental projections. I had critical parents, who had had great expectations of me. As a child I often felt I had to prove myself to gain their love and approval. I hated this pressure, it seemed to question and invalidate my sense of self. I responded by rebelling against authority. With less awareness I could have easily gone into rebelling against this client's assumed authority, thereby causing a 'deadlock' or a collapse of the therapeutic relationship.

I believe it is of paramount importance for therapists to have done their own inner work. Only then are we able to recognise the dynamics of our own inner wounds and are able to work with them in the therapeutic setting. The quality of the therapist's own experiencing determines the quality of the psychotherapeutic healing that can occur. One of my supervisors always drew my attention to the fact that the content (the issue of the client) was often revealed in the process (the current interaction between client and therapist). I reflected, "Maybe my client has power issues that are similar to mine. He might either be fearful of losing control with me or maybe he was 'forced' to enter into therapy, prompted by an ultimatum issued by someone else in his environment."

I chose to keep my thoughts to myself for the moment. I felt it was too early to be confrontational and too soon to explore this hypothesis in a meaningful manner. However, I also felt a need to explain some of the conceptual frameworks from which I was conducting my work. These kinds of questions are not that unusual and I believe as therapists we have a duty to inform our clients about theoretical beliefs, especially if asked. Still, I sensed in him an unusual amount of defensiveness, conveyed by the folded arms in front of his chest and a slightly cynical smile. There seemed a lack of openness to learn or fully participate in the enquiry.

So I decided that I had nothing to lose by pointing out to him his raised eyebrows and the slight smile and that these made me feel I was in front of a critical assessment panel. I told him that I was curious to find out whether he was aware of this and what his feelings were right now, in this strange setting, talking to a stranger about therapy.

He immediately changed his posture. He looked puzzled, then told me that this was exactly what his partner was always telling him. That she felt uncomfortable with his defensive criticality. This was the reason why she had insisted that he check out therapy and start talking to some one or she would leave him. I sensed sadness in him. I reflected to him that this relationship must mean a lot to him. He affirmed this and shared with me about his dilemma. I felt we had had our first breakthrough with each other. It had taken opening up to my own vulnerability and asserting it, to enable him to do the same.

He went on to express his fear of losing yet another relationship. He did not understand what drove women away from him. He shared how women had left him because they felt that they couldn't get close to him; how with each woman he quickly became really critical. He could see it as a pattern but he did not know how to stop it.

I suggested that sometimes it is useful to look into the past and check out one's family of origin. Commonly, issues within intimate relationships are reflections of unresolved mother and father wounds. I asked him if I could ask some questions about his relationship with his parents.

He had a father who was very weak. His mother came from a more wealthy background and had much more ambition than her husband. She was always critical and disappointed in him. She was embarrassed that they could not 'keep up with the Jones', the way she would have liked to.

My client was the first son and the first-born. He had a younger sister from whom he was estranged. He was a good sportsman at school and also excelled academically. His mother would share with him her dissatisfaction with her husband. His parents fought frequently and when they did, his mother would get extremely distressed. He hated his father for this and he thought he was just a 'weak bastard'. In the following session we were able to work out how his mother's distress became his. He started to see how his attention was almost always focussed on others. He had very little space to feel himself in the centre of his own experiencing. He started to become aware that his criticism of the woman he was with was a defence against the over-responsibility he felt for her emotional states and his inability to create appropriate boundaries. Guilt featured enormously in his psyche. Whenever he did something that displeased his woman, he felt bad. However these feelings were repressed and he turned them around by criticising her.

Raising one's emotional awareness is essential to healing. Without it we would never be able to communicate our needs or 'listen' to the needs of others or be able to find a way through the 'minefield' of human relationships. But to my knowledge it is not enough. We have to understand the source of our compulsive negative patterns of behaviour and take responsibility for them, so that we can overcome them. My client understood eventually that he was either too much in another person's space or not enough. He could not say "no" to his partner and still remain connected. His 'mother complex' had set him up to either have his love, his sense of belonging but not his freedom (i.e. his ability to just experience himself) or he could have his freedom but then he had to forgo his connectedness to someone else. This inner conflict was so overwhelming that he would go into blaming the woman for his distress, by becoming hypercritical. This was how he expressed his anger.

Therapy that does not shift the emotional qualities of our interpersonal interactions, will remain ineffectual. My client needed to overcome the way anger was socialised in his family system. It was never safe for him to go into adversity towards his mother. He had to repress it in order to not lose his connection with her. Silent criticism became his passive-aggressive way of expressing his need to separate himself (freedom) but this behaviour prevented him from expressing intimacy and connectedness with the woman he loved. He wanted both freedom and intimacy; and through this understanding, we were able to explore more appropriate ways of expressing his anger so that he could assert his individual needs as well as retain the love and intimacy of the woman he loved.

I would like to empathise one in particular; without the establishment of an empathic bond between client and therapist, therapy will be ineffective if not impossible.

I believe that a therapist needs to be able to clearly define that which can be described and which is subjective commentary so that we can learn this distinction ourselves and start to loosen the compulsive attachment to our own negative narrative.

I believe that for "good" therapy to occur, the therapist needs to frequently sit on the other chair and appreciate the vulnerability and the privilege that it is to be present to another person's plight and predicament.

And finally, having been brought up by perfectionist parents "good" therapy simply just needs to be "good enough".

Footnote
(1) the Hoffman Quadrinity Process is a seven day residential program that focusses on unresolved childhood behavioural patterns conducted by the Hoffman Centre.