When to leave a relationship 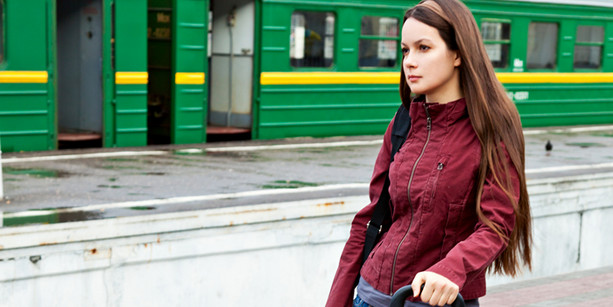 From my experience as a couples' therapist in the last 15 years, modern marriage appears to be moving towards more of a state of impermanence with acceptance rather than permanence with denial.

Married couples appear more willing to split up quickly once they realise they no longer want to be together. The days of individuals living in unwanted marriages for other reasons against their will seem to be fading. Once an individual realises they don't want to be married to their partner it appears they get out as quickly as possible. Whilst reconciliation is always possible, the terms of reconciliation appear more and more to be negotiated while separated than while living together. It appears individuals' tolerance for being stuck in indecision and denial, which generates anxiety and depression, are fast evaporating in western culture.

Psychologically speaking it appears this approach has both positive and negative consequences. Denial is never a good thing. Living in denial, powerlessness and depression for the sake of unity can't be healthy. On the other hand it may be that some relationships are retrievable. It is difficult to renegotiate a broken marriage if other parties like new lovers and lawyers have become involved, not to mention the dreaded mother in law. I recently heard of a couple who had Restraining Orders imposed on them by the Court early in separation. However while the Orders were still in effect they reconciled. Alarmingly, the police charged the man for violating the Restraining Order even though they had reconciled. Now he has a criminal record. Once separated the dynamic of separation developed a life of it's own with unforeseen consequences.

How then do we know when to make the move to leave?

There is no answer to this. However it is my professional opinion that couples would decrease their overall suffering by following 'due process', so to speak. It would increase the probability of making the appropriate decision. In other words, a procedure for sorting out differences should be rigorously adhered to before deciding to separate or stay. Once a person enters into such a process one is not bound to leave or stay, or to feel obliged to feel one should leave or stay. The individual is committed to waiting and seeing where they land at the end of the process. This would involve professional help over a period of months or years, with a carefully considered treatment plan for the parties as a couple and for them as individuals. Then one can say in clear conscience if one decides to leave, 'I did all I could to see if it could work'. [Of course this process is not appropriate if a person is genuinely at risk of harm.]

My sense is we need to have more respect for 'due process' than invest in how we feel or see things at the time (without denying those feelings). A healthy respect for the efficacy or power of 'due process' can make a person feel more secure while they are dealing with something problematic. It can alleviate depression, anxiety and a sense of powerlessness.

When a person enters in to such a process in good faith they are saying: 'I have decided to try a plan based on the advice of a professional(s) and I am going to see what happens next'. In other words I can not see the results now. I put my faith in a process. A process that is new to me and I don't understand fully. I am going to exercise trust and see where it leads me.