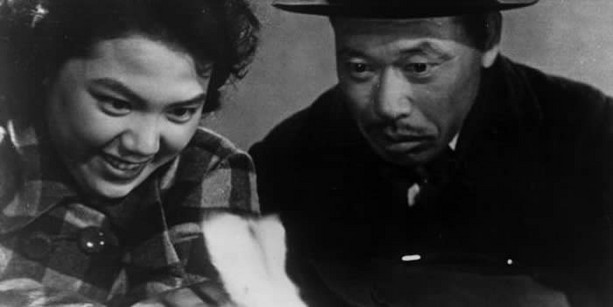 A Japanese bureaucrat discovers he is going to die in a few months. Worse, he hasn't been alive in decades. This is the premise of "Ikiru", a Japanese movie whose title means "To Live". One of Kurosawa's lesser known productions, this movie set in post-war Japan deals with Kanji, an aging manager working in a council government office, whose paper-pushing, buck-passing, departmental runaround culture prevents any actual usefulness to the community. One major achievement of the movie is showing how this corporate culture slowly buries the souls of those people caught within it.

Kanji, after decades of work and sacrifice, is given a wake up call to his own mortality and is, at first, entirely bemused as to how to react. A sympathetic novelist he meets attempts to help him reach out and find pleasure in the night life of the city, but it is a young employee making her own escape from the stifling office culture who ultimately inspires him to find an authentic passion. The result is is beautiful, bittesweet movie that shows that a flower can grow in the barrenest field.