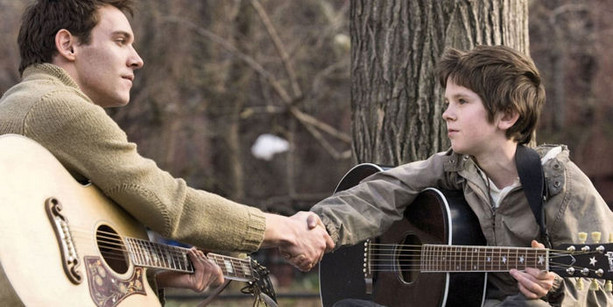 Moving movies: While the list below is by no means comprehensive, it's a start. Please help us develop it further. Better still, send us a few sentences about how a particular film moved you.

After the Deluge
Kramer vs Kramer
Mrs Doubtfire

Stepmom is not typical of the movies I usually watch but the story had an impact on me, enough to want to write this. You see, my mum and dad split up when I was 11, but it was the part where the mum - Susan Sarandon - is dying and waits nearly until the end to tell her family that got me the most. My dad was diagnosed with cancer and apparently he knew about it for some time before he died. I suppose he thought us kids had enough on our plate with the break-up but to this day I wish he'd told us. At least then we'd have had the chance to say good-bye. I don't have children just yet but when I do, I intend to include them in what's going on, no matter how difficult it might be for them. Nothing is as bad as not knowing. Dale

Some people might find the sentiment in this urban fairy tale a little cliche, but I liked the film for the music more so than the story line. The idea that "music is all around" and "all we have to do is listen" captured my imagination, then took it out for a spin. I've found that I recognise truths more readily when they are communicated via the subtle, requiring me to engage on a level that somehow bypasses the rational mind. Not every one is comfortable with the apparent loss of control - I guess it requires a degree of trust. The boy character in August Rush was beautifully acted by Freddie Highmore. I rarely watch a movie twice. This one I happily sat through a second time just a week later - and loved every moment. Jess Bryan