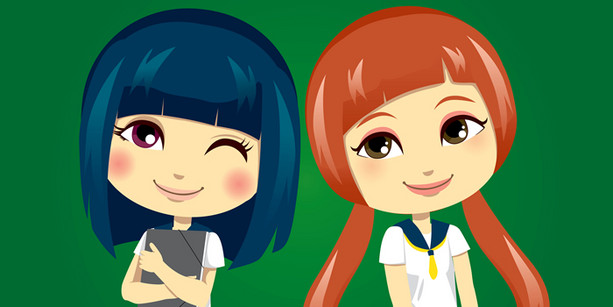 Lily, a sixth grade Japanese/Australian came home from her neighbourhood school in Tokyo and burst into tears. Next week's school lunch was going to include whale meat and having spent her holidays watching the whales frolic off the coast in her mothers homeland, she came to think of whales with the same regard one would have for a pet. Lily, at the tender age of 12, had to sensitively navigate through cultural and also deeply personal values with emotional attentiveness. Lily's independence, the ability to think for herself and not be unduly influenced by the thoughts, desires and emotions of others stood in stark contrast with her need to be in harmonious balance and feel secure within her group.

What happens when assertiveness, a highly valued emotional competency in most Western cultures, comes in contact with uchi no soto, the distinction of being on the inside, or set apart on the outside, of a particular group in Japan? How can we use emotional intelligence to sensitively bridge the cross-cultural conundrums we experience everyday?

"Emotional Intelligence" is much talked about these days. Many years ago when I first saw the words "emotional intelligence" together, I couldn't understand why the "and" wasn't sitting between them. Intelligence in my mind was logical, rational and got you higher test scores in school whereas emotions were messy, personal and belonged to the world of the temperamental artistic types.

Since then, there has been a vast outpouring of writing and research on emotional intelligence. It has been used extensively in the corporate business world because, being a highly collaborative environment, it's beneficial to have the ability to gauge other people's emotions and to better understand your own emotional responses. When people get along with each other, and they're happy in their jobs, productivity increases.

But why be aware of our emotions and does it matter so much in a cultural context? Can emotional intelligence help Lily out of her dilemma?

While our thoughts are totally private, emotions on the other hand are not invisible or silent. We must live everyday with the knowledge that under the radar of consciousness, we gravitate towards what we find pleasant and move away from what we don't. Emotions are what move us. Emotion, move and motivate all come from the same Latin root word,"emovare", which means to move.

Regardless of culture or our work environment, we are bound together to all living things by our emotions. They provide a way for us to exchange information using facial expressions, body posture, and a whole realm of non-verbal language. We humans add another layer of sophisticated interpretations, labels and symbolic meaning to our emotional life.

Some of these interpretations can get muddled when communicating between cultures. For example, Western societies are more likely to be less tolerant of ambiguity. In Japanese society nobody is expected to disagree directly and disagreements are more likely be handled in a round about way. People in Japan usually take care to maintain a friendly atmosphere.

There is also a tolerance for silence in communication. For Japanese, the silence can imply a wide range of meaning such as deep thinking, consideration or embarrassment. But a Western person may interpret it as stonewalling. Stonewalling is an ability to dampen or even eliminate any sign of the emotion being internally experienced. Studies have shown that even though the outward signs aren't there, on a physiological level an emotion is experienced very intensely. Stonewalling itself can be considered an emotional signal of being overpowered or of being unable or unwilling to deal with the matter at hand.

Individuals within a society may differ in how expressive they are, and some may be better than others at dampening emotional signals, but the emotional signal system is always "on", ready to broadcast any emotion we might feel. It's important to recognise that our emotional responses are grounded in our biochemistry. We can't turn our emotions on or off like a light bulb, but we can influence or direct them. Understanding that we can affect the chemistry of emotions can help us change our point of view.

When we can participate more consciously in what we feel and how we respond, we're able to more effectively manage stress and resolve conflicts with others. But this gets more complex when you may have been taught a way that encourages social cohesion in one culture that might not make much sense in Japan. Lily was able to hold this paradox in mind, and instead of having to choose one path, she could weave together her voice of protest and still remain a member of her group. She decided that during lunch that day, she would not make it a big issue and cause embarrassment to herself or shame to the others. She arranged to be absent during lunch for a personal appointment. She remained true to her beliefs and at the same time learned an important lesson about how people draw the line at different places when it comes to what they consider food. She didn't have to agree with it, but she learned to respect it and will most probably grow up influencing others in a positive, peaceful way when it comes to what animals they will eat.

In a cross-cultural living situation, understanding emotions and where emotional expression and acceptance of that emotion are culturally influenced becomes important for meaningful communication to occur.