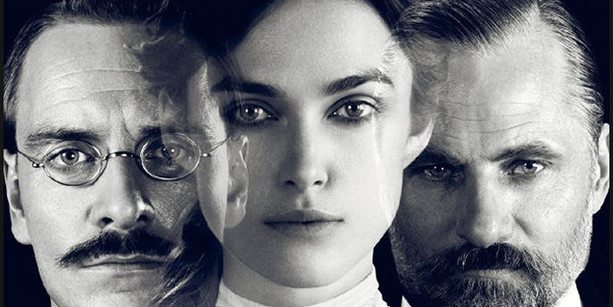 I saw the film recently in Sydney (April 2012) but my following comments are also coloured by the fact that I had investigated the relationship between Spielrein and Jung as part of my PhD in 1997.

To begin my commentary I can say that I was pleasantly surprised by the tone and relative historical accuracy that I found in the content of the movie with a couple of exceptions that I will speak to here. In general the artistic need for dramatic impact was not entirely at the expense of historical accuracy, at least the history that I have studied. So, well done!

Now, to go more deeply into the substance of their relationship, as imaginatively portrayed in the movie, I can think of no better beginning than this quote by the famous child psychiatrist Bruno Bettleheim who, I have read, did not suffer fools gladly:

Whatever may be one's judgment of Jung's behavior toward Spielrein, probably his first psychoanalytic patient, one must not disregard its most important consequence: he cured her from the disturbance for which she had been entrusted to his care. In retrospect, we ought to ask ourselves: what convincing evidence do we have that the same result would have been achieved if Jung had behaved toward her in the way we must expect a conscientious therapist to behave towards his patient? However questionable Jung's behavior was from a moral point of view - however unorthodox, even disreputable, it may have been - somehow it met the prime obligation of the therapist towards his patient: to cure her. True, Spielrein paid a very high price in unhappiness, confusion and disillusion for the particular way in which she got cured, but then this is often true for mental patients as sick as she was.

It may be good that Spielrein’s story reminds us that, contrary to our easy optimism that we know exactly how to treat psychologically very sick people, there are more things in heaven and earth that are dreamed of in our philosophies.

This quote alone points to the enormous complexity involved with deep transformative healing. In no way is Bettleheim’s quote, or my affirmation of that quote to be read as a license to cross therapeutic boundaries. To offer such a license is to relegate the whole process to ego desire, power plays etc. all of which are rightfully legislated against in all professional associations, state laws etc.

Rather, Bettleheim, and I think the movie, is offering not a condemnation but an account of what happened between these two pioneers of psychoanalysis—an account that goes beyond moralism (but not excluding the moral dimension at all)—in order to understand something of the mystery of healing.

I just said, ‘these two pioneers of psychoanalysis’. Yes, thanks to some sensitive scholarly research it is now come to light that Spielrein deserves to stand alongside Jung and Freud as a founder of psycholanalysis. The movie is very faithful to this point. Perhaps viewers who have no prior knowledge of the historical facts may have missed the mention of Spielrein’s doctoral dissertation in which we find her essay Destruction as a Cause of Coming into Being—a weighty title that a movie probably could not go into in detail but it is pivotal to understanding of her central role as a theoretical pioneer in her own right. Keep in mind that Spielrein was only in her early twenties during the time of the movie. Probably she was a genius.

The key to her healing in my view lay in Jung’s cognition of her genius lying beneath and within her pathology. In this cognition Jung shows his own genius as a spiritual mentor—someone who perceives or cognizes the as yet latent potential within a troubled, even psychotic personality, and thus draws it forth into actuality. It is the very cognition that draws the genius into actuality. This constitutes a rare and precious form of spiritual love: an aspect of spirit seeks to incarnate and must do so through the incomplete, often disturbed and unbalanced personalities of the human vessels. Furthermore in this episode with Spielrein, we can see the seeds of Jung’s unique teleological method of healing (i.e. within the present neurosis, look for the emergent, more complete personality).

The movie captures very well the suffering, conflict, and moral dilemmas that almost always follow such an incursion of spirit into materiality. Nobody escapes unmarked!

The movie for dramatic purposes brings into focus a “sado-masochistic” sexuality acted out by the couple even though there is no conclusive historical evidence for this behavior. I go into this aspect more fully in my essay: MAKING OF SOUL: Sabina Spielrein and C. G. Jung, to be found at my web site but we can say here, along with Bettleheim that even if they did, they each paid the price. In no way can such transgressions be ‘approved of’ but at the same time, we can also acknowledge that this union was not barren, was not simply a power play that ruins lives. A birth did occur and Speilrein knew it was meant to be so, all along! She called the new being, i.e. the product of hers and Jung’s union, “Siegfried.” She knew this was a symbol of spiritual significance. One of Jung’s many betrayals of the relationship lay in his Freudian inspired reductionist interpretation of Siegfreid as Spielrein’s unconscious wish for a baby by him. He could thus refuse this possibility, being a married man with children already.

In this way he contributed to Spielrein’s suffering immensely but ultimately could not (and nor did he wish to) abort the true birth, the birth of psychoanalysis.