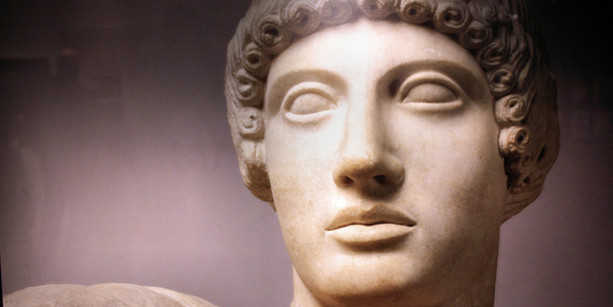 Amazing isn't it how much faith we put in our schools. Right from the tender age of five when our children are so impressionable we send them off day after day to be taught by a teacher we have hardly met. How much do we know about the teachers who will educate them, the friends they will meet and the ideas they will be fed? Very little I suggest. Nevertheless with very little knowledge of what they are about to receive we send them off the school trusting that they will learn something of value and not come across anything too horrific.

What do we expect our children to learn at school? The list is long and varied depending on who you talk to. It normally includes: literacy and numeracy, art and music, sport, languages, history and geography, discipline, social skills, perhaps religion and certainly something which will prepare them for the workplace. This list of expectations seems to be growing ever longer, so what justification could there be for adding yet another subject to the curriculum. Why study philosophy at school?

Philosophy encompasses many aspects of study. Some people believe it includes reason, religion, faith, experience, meditation and practical exercises to develop a more truthful mode of living. Others believe that human reason alone will reveal all that is to be known and is sufficient to discover the truth.

Philosophy deals with the big questions in life. Is there a God? What is the Good? What is Truth? What is a human being - mind, matter or a combination of both? Is there life after death? Is there a purpose to life and if so, what is it? What is justice? Why is there so much suffering in the world? The answers to these questions are not of merely theoretical interest. They have an immediate and profound impact on how a person lives their life, how they treat other people and how they feel about themselves and others.

Take for instance two common world views which seek to address the question, "Is there a God?" Those who answer "yes" are known as Theists. They believe there is a Supreme Being who is all knowing, all powerful, who created the world and cares for it. From this view comes the belief in an objective moral order, a purpose in life and perhaps life after death. There are many philosophical arguments for the theistic view of life. They range from profound personal religious experience to the view that the sheer beauty and intricacy of the creation indicates the hand of a Supreme Being.

One main objection to the theistic view of life is the perception of evil and malevolence in the world. The argument goes, "If there is a supreme, benevolent God, He would not have created evil. There is evil in the world, therefore God does not exist". At first glance this seems convincing, but further philosophical study will reveal a number of persuasive arguments which attempt to refute this objection.

Philosophy also includes ethics: an enquiry into the nature of good and evil and how man should act, the right and wrong thing to do in any given situation and the principles by which the rightness and wrongness of various courses of actions should be discerned. This clearly has many practical applications: business ethics, medical ethics and the ethics of immigration and government in general. Philosophers throughout the ages have addressed such questions as "Is there an objective moral order, or is good and bad simply relative?" There is a strong multicultural emphasis in many educational syllabi and an inclusive approach to religious beliefs. This raises the philosophical question of the relationship between religions. When two religions differ in outlook, is one right and the other wrong, or are they both "true" in their own way? This clearly calls for philosophical inquiry and discussion.

Some philosophers have sought to formulate golden rules of action such as "Do unto others as you would have them do unto you", or "Act in such a way that you would wish everyone else to follow the principle which you are enacting." (Kant's categorical imperative). Aristotle proposed that virtue is a median state between two extremes. For instance generosity is a virtuous median to be found between excessive frugality and excessive largesse. In discussion, children often come up with similar rules of conduct and they find it encouraging to hear that an eminent philosopher has thought in a similar way.

There are movements in Australian education to teach school students the principles of philosophy. Dialogue Australasia, an organisation which caters for educators who are interested in finding new approaches to religious and values based education hosted, their first national conference at Canberra Girls Grammar School. There, Dr. Felicity McCutgeon, Head of Religion and Philosophy, outlined ways to help students find peace, joy and understanding. Her view is that an excess of information clutters the student's mind and creates a constant noise, "monkey mind" as she calls it, which never settles on one topic for any length of time. The conference explored themes of developing wisdom in the student, of tapping into a deeper kind of knowing which is not traditionally part of the school curriculum. Questions such as, "What is thinking well?" and "What sort of life is worth living?" were raised and discussed.

Another approach to philosophy places less emphasis on the principles and maxims of the philosophers of the past and concentrates on the rational process of philosophy itself.

Sandra Lynch, president of the Philosophy for Children Association of NSW believes that philosophy gives the child a whole range of techniques and approaches to knowledge which inform and underlie learning in all other subjects. It develops critical thinking - that is the ability to follow an argument, to see its strengths and weaknesses and to think independently about the argument. It also develops creative thinking, the ability to come up with new and original solutions to problems, to think outside the square, to think laterally and the ability to see the other side of an argument.

Against this approach some would argue that the ability to think critically without a firm grounding in the teachings of one of the religious or philosophical traditions of the past is a dangerous thing which can leave the child doubting everything and with no basis from which to lead his or her life. They argue that excessive scepticism is unhealthy and that some faith is needed to learn any traditional teaching, to understand it and to put it to the test of experience.

On the question of why most schools don't teach philosophy, Ms Lynch believes that many teachers are already overwhelmed with the number of subjects they need to teach, and see Philosophy as yet another subject in which they would need to educate themselves and then squeeze into an already jam-packed curriculum..

So should we learn Philosophy? Seneca certainly though so. It was his view that:

Wisdom is the perfect good of the human mind; philosophy is the love of wisdom and the endeavour to attain it.

Things you can do: