Waking up to Reality

Should we take our dreams more seriously? 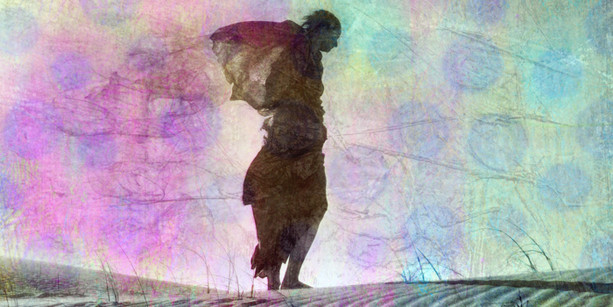 Have you ever been woken up by a dream that stunned, scared or left a huge impression on you that you just couldn’t forget? Many people have such a significant experience at least once in their lives. Dreams can move and shake us up in profound ways, sometimes more so than our conscious lives.

Dreams are curious experiences. Indeed, they are experiences we all have but the question as to their nature is an elusive one, as are the dreams themselves.  Given their widespread occurrence there is curiously little interest in them on a cultural level.  This is unlike other experiences that most of us take part of: Work, family, health/illness, education, housing, relationships, and these days digital devices and the internet – all of them have a public interest and discourse, and usually public money allocated to them. Dreams on the other hand get very little attention from our society at large – despite the fact that we all have them on an ongoing basis. When was the last time you discussed dreams (your own or more generally) with someone? Why is it that many people dismiss them as nonsense or as the excrement of brain activity?

Whilst Freud and Jung made the topic popular and acceptable during the 20th century, it has largely fallen out of favour again in the latter part of the 20th century, at least in professional circles where dreams have become a somewhat eccentric, and definitely a niche interest that bestows a level of professional suspicion on anyone who goes public with it.

As to why there is so little interest in dreams despite our everyday collective sharing in the experience, how our culture conceives of reality might provide us with a clue. This is very much grounded in an understanding of the physical sciences, i.e. material and objective: It needs to be tangible and we all need to be able to agree on it. But night time dreams can feel just as real when we’re having them as our conscious experience of life. So how do we know which is ‘real’? The commonly agreed upon conscious reality, or the reality of our night time dreams?

When we wake up from our night time dreams do we wake up into ‘reality’ or do we go to sleep into a dream, which we all call reality? Does this mean that reality is merely a majority agreement? A fascinating philosophical question with potentially huge implications for our lives. The way I see it, dreams don’t get much attention from our culture because they’re not perceived as being real. Many people, in particular educated professionals, regard dreams as fantasies, nonsense, mere left-overs of the brain’s activities. Some psychologists have gone so far as to liken dreams to the experience of madness or psychosis, and in fact the mechanisms of madness/psychosis to mechanisms of dreaming. This association says much about our cultural beliefs regarding the nature of reality.

On the other hand, once we accept the premise that dreams and conscious experience are different aspects of reality, rather than one being ‘fantasy’ or ‘non sense’ and the other ‘real’, language becomes difficult as it bestows judgment onto what it names. The word ‘dreams’ has become synonymous with something ‘unreal’ and ‘fantastical’, a product of the imagination, which by definition isn’t ‘real’, something we don’t need to pay much attention to. If however dreams have a ‘reality’ of their own how do we distinguish and assess their reality from the reality of our ‘consciously experienced lives’? - Merely in terms of the language that we use. I have just tried to do this by adding descriptors like ‘night time’ and ‘conscious’, however I was aware of the dilemma of having to distinguish the two realities rather than having an implicit assumption that one is ‘fantastical’ whilst the other one is ‘real’. Communicating about this quickly becomes very confusing and complicated. This may in fact be one of the reasons for the distinction between fantasies and reality!

Whichever way we’re inclined to lean towards in this discussion, dreams are fascinating to explore. As mentioned above, they are a collectively shared human experience in that we all partake of them, but the importance that we attribute to them has changed over time, and at this current time, it’s probably fair to say, it has found its low point. This hasn’t always been so. Throughout the ages people have put various degrees of importance on their dreams, on an individual and societal level, and this often is a reflection of the dominant cultural way of looking at reality. We are currently stuck in the most materialistically informed culture that has probably ever existed, and hence dreams, along with many other non-material phenomena tend to be dismissed as nonsense by large numbers of people.

Part of the problem is that dreams are admittedly hard to understand from the perspective of our untrained conscious minds, if indeed we think there is anything to understand about them at all. Dreams are generally cast in a symbolic, mostly visual ‘language’ and require ‘translation’. In this sense it is like learning another language. We wouldn’t expect to understand another language without any practice, but would our lack of practice and proficiency be reason to dismiss it as nonsense? This is effectively what we’ve done with the language of dreams. As with other languages, when we’re not trained from a young age to speak or think in ways a language functions we won’t understand it or be able to speak it unless we make a concerted effort. But this doesn’t usually make us question whether other languages are real or dismiss them as nonsense!

Even if we do learn another language later on in life it’s not easy to gain an appreciation of its intricacies, subtle meanings, and ways of viewing the world, as language is also a way into a culture and its unconscious assumptions about life. In other words, language is a way into a culture’s way of seeing reality. The difference between languages and dreams is the state of consciousness they occur in. Different languages operate in the same state of consciousness whereas night time dreams usually happen in a different one, i.e. sleep. But the question must be asked: Why would we want to restrict ourselves to only one aspect of reality/consciousness as the arbiter and measure of everything ‘real’? – Especially in the face of daily collective evidence to the contrary as we are all immersed in the reality of dreams every night!

Our view of reality opens up some possibilities for action in the world and closes down others. Something that is regarded as fantastical, nonsense, or imaginary has no or very little impact on reality. It has been robbed of its potential. We may wonder what a society would look like that had an appreciation of the reality of dreams and the language of symbolism. A fascinating development in this regard is the Santa Barbara Healing Sanctuary, which has resurrected the ancient practice of healing through dream incubation. Mainstream commentators might dismiss this as the latest Californian eccentric craze for the rich and famous who don’t know what else to do with their lives, time, and money. However, this project points to the inherent power of paying attention to our dreams and how they can interact with conscious, material life. At the same time it points to a very different way of viewing life and the world in that it acknowledges an internal symbolic world which interacts with our conscious experience and can give us access to information our everyday consciousness doesn’t have or doesn’t have in the same way. In this sense learning the language of dreams is like immersing ourselves in a different culture with different assumptions about how things work.

The movies The Matrix and Inception take up this theme in fascinating and complex ways – and as you’d expect in a culture dominated by a sense of being in control - with a view to manipulating this reality. This contrasts with going into the internal symbolic dream world with a sense of reverence to find out what the images have to tell or teach us. This is a fundamental shift in perspective for our culture with its emphasis on controlling life. The alternative is a much more receptive attitude that is open to learning and interacting rather than controlling. Obviously, we need both but currently our culture is very heavily biased towards the control side of things.

I’d like to briefly mention yet another way of looking at dreams: Dreams as visions or aspirations, internal images of a potential future, which drive people forward and guide them through a period or the whole of their life.  Outstanding personalities manifest this more clearly than the rest of us: They see something within themselves that other people can’t see or can’t see as clearly. And they are driven to manifest this vision, to bring it into material existence. This is forcefully documented by Martin Luther King’s inspiring  ‘I have a dream ‘ speech.

Another example is George Bernard Shaw’s famous statement, which is usually attributed to Robert Kennedy: “Some men see things as they are and ask why. Others dream things that never were and ask why not.” These sorts of aspirational or visionary dreams lift us out of our ordinary reality and selves and transport us somewhere else. They in-spire people, that is, they put a spirit into people that is catching. Movie examples based on real life are Amazing Grace, The Pursuit of Happyness, and the recent Jobs. Revolutionary Road is a fictional example for aspirational dreams gone bad. The protagonists in these movies are depicted as being driven by a vision, an obsession almost, to manifest something they see as important in the world.

This can also happen with night time dreams and points to the already mentioned ongoing exchange between our internal symbolic worlds and our external ‘objective’ reality: In this sense, an internal, subjective reality has moved outwards to become manifest as a new objective reality in the world rather than reality only existing external to us and shaping our consciousness from without.  James Hillman’s The Soul’s Code describes this process from a slightly different perspective.

What dreams as visions and night time dreams have in common is that both are products of our imagination, which really is a very little understood human capacity. They point to an important function within us that we may want to call the soul. But this is a topic for another time.