To play or not to play

The pursuit of happiness: does it make us happy? 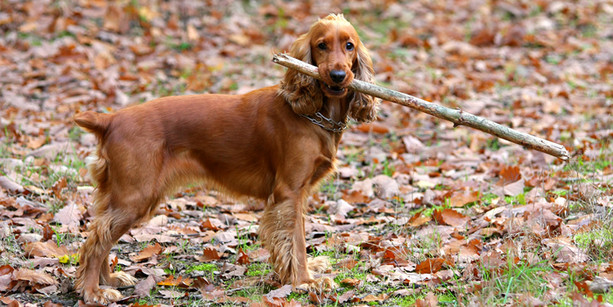 The joys of play
Playing is such a wonderful expression of our aliveness. Its lightheartedness warms the heart and soul. We start off playing as infants, children and adolescents, and there is a sense that play belongs to the domain of children. Watching a child play and explore can be delightful: Its total absorption and becoming one with the activity or object, its delight when the object does things the child didn’t expect followed by a bursting out of spontaneous giggles and laughter in response to such unforeseen and surprising events. Children explore the world and learn through play and we may wonder why we call this activity ‘play’ given that we’re told that it serves serious purposes.

If we were to brainstorm some crucial elements of play what would we come up with? The things that come to my mind are: Laughter, joy, good humour, lightheartedness, ease of being, fun, comfort. Other ones are being fully present and attentive. An openness, expansiveness, and receptiveness of mind and heart seem significant and this bears similarities to mindfulness. Undoubtedly we could keep collecting further characteristics, but it seems to me that playfulness is indeed a state of mind.

The other side of play seems to be ‘work’, and this too is a state of mind. Imagine yourself at work: Focused, goal oriented, efficient, productive – at least this is what the corporations that so many of us work for expect from us.  And yet there are areas of life where work and play flow into one another, and on further reflection, maybe the distinction isn’t as clear. Art, sport, and creative professions are areas where play flows into work and the other way around. Imagine a life and world where we were all expected to play  - at work!  Maybe we would get more done! At this point in time this seems to be restricted to a few lucky individuals and professionals - who also tend to get paid handsomely for their playful efforts.

Whilst play tends to be associated with children, adults play as well even though practicalities and more serious, goal oriented endeavours tend to become more dominant in adolescence and early adulthood.  We may play on our own or with others. Recall the sensation of playing as an adult: The sense of ease of being around people we’re comfortable and/or familiar with, which opens up our being and allows us to be just who we are without any self-consciousness. The lightheartedness and the freedom of the soul that emerges from this state of being that flows into interactions with others around us. When we’re in our being, at peace and one with ourselves, and refreshingly unselfconscious we’re free to play to our heart’s desire. One of the main forms of adult play must be the games of love: Flirting, seduction, making love.  Other examples are humorous, light hearted play: Teasing, telling jokes, fooling around. There is the actual playing of games such as board and computer games, or themed dress up parties for adults. Then there are activities such as dancing, singing, making music, which can be solitary or shared. Like children adults also play with materials like sand, stone, timber, paints that can lead to artistic expression, and this can take on more serious tones and be considered work or a hybrid between play and work. Building things can be an expression of play that is reminiscent of childhood endeavours.

However, activities per se aren’t what defines them as play, it’s the attitude and spirit with which we engage in them. This attitude or way of being has variously been described as a state of ‘flow’, ‘mindfulness’, ‘being in the zone’, but another way of thinking about it is one, which opens us up for play.  ‘Playing’ can become quite serious and working can become playful depending on the attitude of the participants.

An internet search yields yet more aspects and a definition of play:
“Engage in activity for enjoyment and recreation rather than a serious or practical purpose. “ Dr. Stuart Brown, a psychiatrist who founded the National Institute for Play talks about different forms of play and describes the crucial characteristics of play in an ABC Radio National Breakfast interview on September 3, 2013 as self-initiated, done for its own sake, voluntary, fun, and it produces a heightening of mood.  In other words, there is no point to it, it simply is what it is, and is enjoyed for its own sake. Its essence is a state of being.  Nevertheless, it produces effects, which we regard as desirable. In Brown’s description: Fun and a heightening of mood.


Paradise lost: The loss of playfulness?

Some of us forget this ease of being as life progresses. Beginning in adolescence and early adulthood we are increasingly confronted with and drawn into the seriousness of life. This can squash the spirit if we’re not careful. Responsibilities, commitments, loyalties and aspirations can put us on a trajectory marked by seriousness, concentrated focus and effort, and a celebrated ‘hard work’ ethic. The ability to play can be one aspect, which is compromised in the process as there is no tangible benefit attached to it. Play doesn’t actually get us anywhere, it is a state of being, a state of the soul, which increasingly has lost its place, and certainly its appreciation in a world characterised and run by efficiencies, outcomes, and productivity. When was the last time you played, enjoyed yourself, had fun – just for its own sake?

As we can see, something fundamental gets lost when we lose the ability to play or when play simply atrophies from our lives without us even noticing due to our preoccupation with what at the time appear to be more important things. What gets lost is vital to being alive - the effects the ability to play produces unwittingly.  According to Stuart Brown, without play people are also at risk of mood disorders.  His initial research into the histories of young men who had committed homicides showed a marked lack of play during their childhoods.  A lack of play often is an aspect of childhood abuse stories.

Unless we are totally cut off from our experience and the core of our being sooner or later we notice the absence of playfulness in our lives and then may try to get the feeling back. Because of what we’ve been taught in the adult world in the intervening period however, playfulness has now become an alien quality to us and we may approach its return like we have learnt to approach everything else in life: We are setting ourselves a goal of getting it back through a structured, defined, goal oriented activity. Playfulness becomes a technique in the pursuit of happiness. And happiness has now become an entire industry selling services in a global market place. One example of this is ‘Laughter Therapy’:  The positive effects of spontaneous, authentic laughter have been turned into a technique to cheer us up. Laughter and happiness have thus lost their authenticity and essence, their soul, and this is what our society seems to do with just about anything these days. The process follows a proven formula: Take an experience which makes people feel good, research it and become an ‘expert’ in it, strip it of its context and sell the raw experience as an isolated technique to improve well-being. Like mindfulness, happiness, laughter and other states of being, chances are that play will follow in the footsteps of its sad predecessors, which, once isolated and stripped of their vital context, have been robbed of their authentic aliveness and essence of being. They have instead been turned into replicable consumer products sold by experts in a global market place in a never ending quest for a happiness and an authenticity we have lost. After all, this is what capitalist societies tend to do once they have run out of natural and traditional consumer goods that people actually need for living: They create artificial needs and desires packaged as products and services, which were often our natural birth right in the first place.

The antidote? Spontaneous play, which flows from a natural state of being that wants nothing other than itself. I hear the question of all the lost souls who have forgotten this natural state of being: But how do we do this? Show me the 5-step process that I can implement! And so the search goes on for an authentic happiness …  driven by our dissatisfactions and longings and an industry of experts who supposedly have the skills to impart these qualities to others for a fee, and thus keep our economies and our dreams going.

Posted on 24 November 2013 in - Temenos Journal - Authenticity and Play