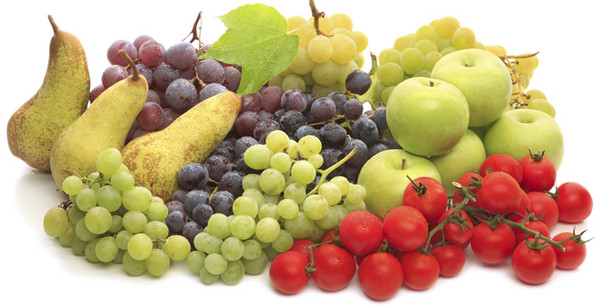 The Context
We live in a quick fix culture that tries to pack into living as much as it can, and the quicker we can get one job done the quicker we can move on to the next one. There also seems to be an increasing discomfort with empty space as this tends to be perceived as a waste of time. A few years ago I was at a basketball game and what really struck me was that every bit of space was being filled: I hadn’t been to a basketball game for many years, since my adolescence in fact, and breaks in those days were just empty spaces for people to do what they wanted. Now every bit of break was filled up with high energy, noisy entertainment. Similarly, in the search for more productivity we have started to question our need for sleep and whether there is a better way to utilise this ‘empty, unproductive’ time. Some people have proposed to train our minds at night with tapes and messages that will give us what we want, or even to forgo sleep as much as we can in order to be able to get more things done. It appears as if we have become intolerant of empty space and having to wait for things to emerge. It is hence not surprising that we have also adopted a quick fix, ‘full’ model for therapy.

If Medicare is anything to go by you should have your issues sorted within 10 sessions, which often equates with 10 weeks. Admittedly, 2-3 months is a reasonably lengthy time to be spending working on something – if only once/week for an hour in a more structured, focused kind of way. However, if we consider that sometimes many years, if not lifetimes of habitual behavioural and relational patterns need to be undone 3 months of weekly contact suddenly do not sound like that much. The caricature of the psychoanalyst seeing people every day for years on end whilst delving into never ending unconscious childhood issues has almost left our cultural imagination, as this way of working seems to be slowly disappearing – at least from public view.

How long is enough?
What is the right length of time in therapy supposed to be and how do we know what’s required in each individual case? And how is this influenced by our particular post-modern sensitivities? Is it the 4-6 sessions of Employee Assistance Programmes, Medicare’s 10 sessions, the 16-20 sessions of many research studies, or the years of psychoanalytic and relationally oriented therapy culture?

As you would expect, the answer depends on individual circumstance and objective. However, these are influenced by larger collective issues:
The government wants to contain health care costs and therefore has settled on the minimum expense for the most prevalent mental disorders, which threaten our collective productivity. Is this enough? From an administrators’ perspective this is most likely an irrelevant question as from this vantage point it is simply an economic rather than a clinical question. We need to target symptom relief and get people back to work, or support them in keeping them there rather than help them with such nebulous objectives as being seen, heard, and understood, living more fulfilled lives, addressing a general unease about living, or assisting them in pondering the meaning of their existence or the purpose of their actions and inactions, questions often arising from the wounds of the past. It is the ‘how’ rather than the ‘why’ of experience that really matters these days.
Similarly, research studies are restricted by funding, and 16- 20 sessions is the established protocol to investigate reasonably straightforward issues.
Whilst financial considerations are obviously real concerns that need to be considered and addressed, it would surely be short-sighted and depotentiating for what different therapeutic modalities can offer individuals and our culture at large, if we reduced the entire therapeutic enterprise to this objective.

Long-term therapy: Is it useful, ethical, and evidence-based?
So what about the years on psychoanalytic couches and in relationally oriented therapies? Clearly we are dealing with a different beast here. Different therapy models operate on different principles, assumptions, and aims reflecting different orientations to living.
One way to divide the therapy world is into relationally oriented and intervention focused approaches. They operate in quite different ways, and the healing potential of relationships takes longer to unfold than providing specific interventions for specified ‘disorders’ analogous to largely technically oriented medical treatments (perplexingly this is the predominant model for psychological work).

One prominent argument against the length of a relationally oriented approach is ‘dependency’, which really translates into ‘financial exploitation’. However, this also highlights the particular biases of our culture, ie ‘time is money’ and ‘the therapist as expert technician’. Living in a highly individualised society we are all meant to be independent, autonomous and free. The fact that some people are in need of longer-term healing relationships is to do with a dark underbelly of our culture which is rarely acknowledged: We now know that interpersonal trauma is far more common than once believed and it is a significant factor in many mental disorders and personality types. One effective approach to heal such relational wounds is through the power of a long-term healing relationship. There is an increasing amount of credible ‘evidence’ for this approach, however the politics and sociology of research and the profession at large means that this kind of evidence does not receive the exposure and public acknowledgement and sanctioning that is bestowed on some other approaches. ‘Soft’ relatedness just does not cut it in a patriarchal culture dominated by the belief in ‘hard’ technical interventions.

One size does not fit all: Celebrating a plurality of approaches
Clearly it is misleading to lump all ‘mental health’ issues and problems of living under one banner. Different therapeutic approaches operate in different ways and are good at targeting different issues and conditions, even if this is not always made explicit. Despite the current trend of promoting intervention focused approaches as the only ’evidence-based’ and effective ones, one size does not fit all, and we all - as therapists and consumers – have to resist the temptation to proclaim the superiority of any one approach, but rather promote a plurality of approaches depending on each individual’s unique needs. After all, who would be happy to only eat apples all their lives, especially if there is a whole array of other mouthwatering fruit to choose from?!

Time in therapy can be anywhere between a single session and years of regular weekly meetings. The actual length of a given therapy depends on many different factors: Individual circumstance, objective, personal history, strengths, resources (time, money, energy), the therapist’s training, approach and orientation to life are just some of them. It needs to be mutually negotiated in each unique situation by taking account of the above mentioned factors. In this sense length of time is determined by highly individual and subjective factors, and defies the objectivity a traditional approach to science demands. In fact, an emerging trend within the field is telling us just this: It places much greater emphasis on the therapeutic relationship and the person of the therapist. This approach highlights the interaction between therapist and client characteristics, history, and preferences, and encourages ongoing client feedback of the therapeutic process. It acknowledges that each person needs to be responded to depending on the unique factors that make up his or her individual existence. Despite the fact that this trend is also research based, it does not get anywhere near as much exposure as purely intervention focused research, which tends to be patterned on medical research.