Ticking clocks? May as well be ticking bombs 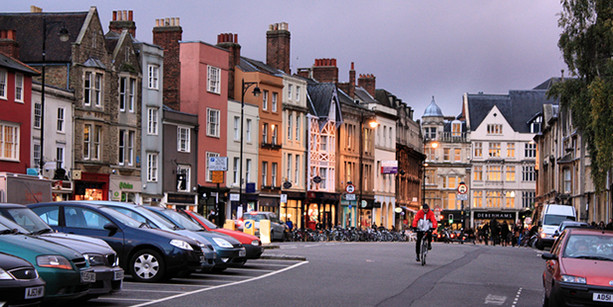 "Clocks slay time... time is dead as long as it is being clicked off by little wheels; only when the clock stops does time come to life." William Faulkner

Tick, tock... it's not a bomb about to explode but sometimes it may seem like it. If you were born on February 29 in 1992, then this year you will be celebrating your fifth birthday. So where did the last fifteen years go?

‘You’re as old as you feel’ they say. Some would argue that children are getting older younger, while adults grow up later. Why can’t we just relax? We humans are always meddling with time: ‘do this you’re that age, do that you’re this age’. ‘Do this it’s that time, do that it’s this time’. This piece of writing will probably take less than 5 minutes of your time to read, and I’m hoping it will show that, outside the cosmology of Steven Hawking, time is largely a socially constructed concept; one that we humans could, should we choose to, free ourselves from. We can make time.

In today’s world we live by seconds, we live in hyper-time. We send e-mails and we microwave our food. Millions of codes and messages are sent around the world via optic cables at the speed of light; we buy and sell at a rate never seen before. Gadgets ensure that we arrive at work ready and eager to answer the boss who is waiting for that report we were supposed to have done by now. Technology is always advancing, yet our brains – including those behind the avalanche of invention – are struggling to keep up.

Recently in the news, scientists were debating the role of the 'leap second'. A leap second is a positive or negative one second adjustment to Co-ordinated Universal Time that keeps it close to mean solar time, and thus 'civil' time that we all use every day, from boiling an egg to picking the children up from school.

The reason we need a leap year and therefore a leap second is because, believe it or not, time is not as precise as we like to think. The time the earth takes to spin on its axis is actually not exact and is slightly out of sync. And there we have it! Nature itself refuses to be under the tyranny of time management. It reflects our obsession with trying to make things orderly, and our incessant drive to harness the powers of nature to our own benefit. London is the epicentre of world time because the British were the dominant imperial power. For reasons concerning trade, it was their time that the world would set its clocks by. It is also no coincidence that London's iconic symbol also happens to be a massive clock. Big Ben’s chimes are a constant reminder that time is slipping by and that time is money.

A tribe in the Amazon may hold some answers to our obsession with time and offer some clues to our true relationship with it. The Amondawa exist in a parallel world to our own, time as an abstract concept does not appear in their language, and neither in their culture. It appears that they live in a place that time forgot. They do not have the linguistic structures to explain the elapse of time that relates to space. For example, 'it's my birthday next week' is not translatable since they merely just age rather than using chronologically appearing numbers to explain that age in relation to how long they have been alive. Instead, they have different names for different stages in their lives.

According to Levi Strauss, a prominent French anthropologist, our linguistic structures reflect the structures of our culture. So if there is no time in their language, then time as an abstract concept cannot exist either since there are no words to describe it. There are no seasons, just night and day; of course they work for no-one but themselves and food is readily available throughout the year and they do not need to pay for it. Does it not make you wonder whether they have words such as stress, anxiety and depression?

As we 'progress' materially, so does our concept of time. Capitalism, some would argue, is the driving force behind our obsession with time and it has rendered time culturally specific. If you are lucky enough to have been to an Asian country such as Cambodia, you will often notice their inability or desire to rationalise time as specifically as we do. Ask a Cambodian how long it takes to get somewhere and they will not know. Travel with Germans (they are renowned for being punktisch and to the clock) and you may witness a clash of cultures. So many times you will notice a hot and flustered, stressed out Westerner fuming at an Asian for 'lying' about a bus coming in 'maybe 5 minutes', when it's already an hour and a half late.

Usually, in this kind of instance, the Asian has absolutely no idea when the bus is coming because they just come when they do. There is no schedule and even if there was one, the bus would usually not leave until it is full. This makes a schedule an arbitrary attempt at mimicking the peculiar and culturally centric Western way of organising time to a rigid and nonnegotiable constraint of everyday life. Of course, if you go to a more 'developed' country such as Malaysia, you will find buses run like clockwork.

If we look to the region of the world where capitalism in its modern guise first took root, time was a concept involving seasons – the perennial cycle of sowing and reaping eventually lead to the organisation of humans in terms of their labour. Our labour and therefore our time became 'owned' by somebody else. Value as an expression of how much something is worth began to take hold of inter-relations between populations as they sought to trade goods and labour – and to seek power in order to control the flow of these tangible and intangible currencies.

In more recent years, the rapid increase in productivity and technology has had a colossal impact on our perception of time. Not only do we have four seasons in a year, there are now 527,040 minutes in a leap year. Scientists have designed the most accurate way of time keeping – the atomic clock. This piece of high tech wizardry gauges time by measuring the vibrations of atoms. One can’t help wondering where this is taking us and what sort of toll it is having on humanity.

With the volume of options and possibilities having also increased, our bodies have to function relative to the speed at which our external material world acts as a stimulus to forces outside of our bodies. A natural way to counteract this feeling of being under pressure is to release adrenaline and stress hormones.

I am sure that we are all confused, and unable to make decisions because we don't have time to properly think things through. Decisions are important moments in our lives, the outcomes of which can be amazing or disastrous. This loss or lack of time renders us paralysed with fear – or jittering with anxiety. We may not be consciously aware of it. Doesn’t mean it’s not there.

Do we spend too much time trying to plan the future when we could be enjoying the now? How many times have you said "I don't have time", or "I'm running out of time"? We all do it, but ultimately we must ask ourselves: Who is boss? Is time as we know it, socially constructed and symbolic of slavery, constraint and exploitation? Does Karl Marx’s suggestion that “our material surrounding determines the consciousness of men” have any bearing on this subject?

So, the message is: time does not have to be as rigid and tyrannical as it appears. We can be in charge of our time in the same way that we are responsible for our own life and happiness. We can make time to do the things we love to do – even if it's doing absolutely nothing.

I propose we practice freeing ourselves from the tyranny of time, even if it is for just one day a week. I stopped wearing a watch years ago. Of course I still need to tell the time but my brain has learnt to measure time in its own way. I obviously still need to look at the time but my phone helps with this and I time-watch a lot less frequently than if I was wearing a wrist watch.

In these fast paced times of the modern day, stress and anxiety can often be traced back to time, or lack thereof. Sometimes we feel there is just too much to do in so little time. Of course time does elapse, there is no escaping that, but for humans it is much slower that the vibrations of atoms.

Recently, my family decided to go to Moore River, one hour and thirty minutes from Perth. The usual procrastination occurred due to the tyranny of time. We set off and as we entered Perth from Fremantle, my sister came to the conclusion that it was too late to go to Moore River. This was a ridiculous concept for me, I said 'to hell with the time, this is what we set out to do- let's do it!" and we had the best day and you know why? Time was governed by the beauty of nature – the tides and the sun. For those few hours, time slowed down and we celebrated in harmony with it instead of being at its mercy.

Words by Will Meyrick