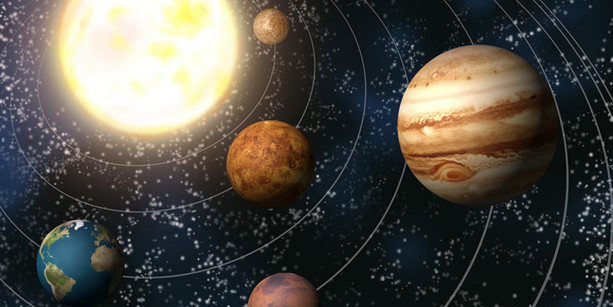 The founders of family therapy were psychiatrists who had been trained as (or by) psychoanalysts, and they had inherited an expectation for that standard of theory. If their inventions were to hold up, they needed theories of their own, derived from a new epistemology, with enough sweep and novelty to put them on a par with Freud's revelations. Batesonian systems theory, Bowenian intergenerational theory (1966), structural theories of Minuchin (1974) and of Selvini-Palazzoli and her colleagues (1978) all were grand enough to calm the anxieties of the academic disciplines that came to sponsor family work. They spoke of social systems and their laws of operation in the same high scientific way Freud had spoken of the operation of the unconscious.

A system is a group of elements that interact within a boundary according to rules or "laws." The classic example is the solar system: a collection of sun, planets, moons, space, and "space matter," moving through "space" (a larger system) and affecting each other dynamically according to physical (e.g. chemical and gravitational) laws. The system's boundary is traditionally the outermost planet's orbit in space-time.

Most systems are composed of smaller subsystems, each with its own set of interactive elements, boundaries, properties, and laws. Each organ of your body is a subsystem, within the larger metasystem (system of systems) defined by the boundary of your skin. The smallest (known) systems are atoms, composed of subatomic particles, and behaving according to the laws of atomic physics.

A change in one element of a system may cause changes in (upset the balance of) related elements and systems. That's why one member of a household or family system getting "upset" affects other members emotionally, mentally, physically, and/or spiritually. Those effects cause needs, which cause behaviour.

Every system has properties - traits or characteristics that help make it unique in a universe of systems. An important property that all physical and human systems have is balance, or a normal state ("homeostasis"). That means that the rules that govern how the system behaves will automatically try to resume the normal state if events or forces inside or outside the boundary upset it. Exchanging internal and interpersonal Feedback is a common way of seeking balance in human systems.

The state of personal and family balance can be described as peace, harmony, and Serenity. If these persist for a while, the people involved feel happy. Note the paradox that in some ("dysfunctional") systems, the normal state is perpetual imbalance. People from low nurturance childhoods often perceive "dysfunction" (imbalance) to be normal, and get "uneasy" if too much balance ("boredom") appears. Our immune system automatically promotes our resuming a normal state ("health") if our body system is upset by the presence of certain microbes, viruses, or cellular disturbances like cancer. Police "automatically" restore community order (balance) if a riot occurs. Mates "make up" (rebuild inner + relationship balances) after a fight or time apart.

Systems are open or closed. Neither is inherently better. An open system allows things to pass in or out through its boundary. The laws and construction of a closed system won't permit anything to enter or leave the system. A nuclear (step)family with a rigid set of beliefs which won't allow "strangers" to enter their home and bring new ideas, beliefs, emotions, or customs can be said to be a closed family system. Bigots and hate groups are usually closed human systems. One way some systems preserve their balance (resist upset and dis-integration) is by hardening or "closing" their boundaries to resist terrifying change.
Systems can also be classed as static (changing imperceptibly) like a boulder or dynamic (changing perceptibly). In the latter our senses detect activity, motion, or change inside the boundary and/or between the system and its environment (meta system). A corpse appears static, but is imperceptibly decaying toward a new stable organic state. All human systems are ever-changing and dynamic. Paradoxically, change appears to be a constant property of all organic systems.

Systems theory can help professionals assess and strategically intervene with (change) individual and group behaviour. Professionals can focus on different subsystems at different times during the course of the work with each case:

Systems theory helps guide the therapist to choose "Which subsystem do I focus on?": which subsystem/s cause the most imbalance (discomforts) to the client. Each child and adult (like you) is an open system. Skin forms the boundary around our many interactive organic and spiritual subsystems. Any home and family is a metasystem of members' systems, with a boundary that separates it from the human and earthly environments. This boundary is created and maintained by the dominant adult/s, and ranges from open ("permeable") to closed ("impermeable"). Families with "no boundaries" and rigidly closed boundaries are usually led by adults with significant psycho-spiritual wounds (imbalanced inter family systems).

The Quest for Balance
The preferred (least-stress) state of each person is holistic balance. "Life" is a span of years between egg-sperm union and death, during which we each ceaselessly try to maintain periods of enough balance ("comfort") as our body and environment inexorably change. Stress is a subjective measure of how much unbalance (discomfort) a person or family system feels now and over time. (Possible reframing intervention: "Instead of your saying 'I'm so stressed, see what 'I'm so unbalanced.' feels like.")Human-service professionals (clergy, therapists, counsellors, case workers, lawyers, doctors, dieticians, beauticians, pharmacists, mediators, teachers, realtors, tutors, coaches, consultants, entertainers, media people) are motivated and trained to help persons and groups regain enough current balance, by reducing key discomforts. Some professionals try to help clients learn to become aware of their current mind-body-spirit comfort-balance, and to intentionally stay balanced enough.