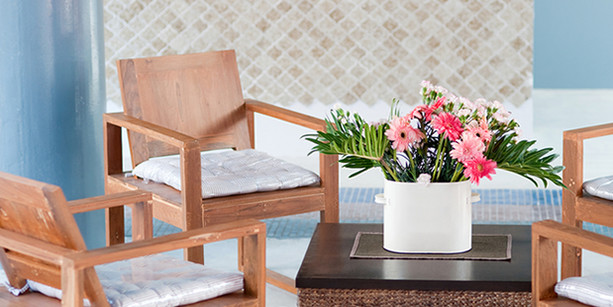 Developed by Dr.Albert Ellis in 1955, Rational Emotive Behaviour Therapy has spawned a variety of other cognitive-behaviour therapies. Its relative effectiveness, short-term nature, and low cost are major reasons for its popularity. REBT's approach works best for individuals desiring a scientific, present-focused, and active treatment for coping with life's difficulties.

Ellis' slogan was a quote from Epictetus, "what disturbs people's minds is not events, but their judgement of events.' This reflects Ellis' disappointment with Freudian approaches. Having trained as a psychoanalyst and 'lost faith', he observed that when clients saw him only once a week or even every other week, they progressed just as well as when he saw them daily. When he began to take a more active role, interjecting advice and direct interpretations, clients seemed to improve more quickly than when he used passive psychoanalytic procedures. He linked this to his observation that before he himself had undergone analysis; he had worked through many of his own problems by reading and practicing the philosophies of rationalist thinkers. So he began to teach his clients the principles he had gleaned from Epictetus, Marcus Aurelius, Spinoza and Bertrand Russell, that had worked for him.

By 1955 Ellis had given up psychoanalysis entirely, and instead concentrated on changing people's behaviour by confronting them with their irrational beliefs and persuading them to adopt rational ones.

REBT is based on a few simple principles:

REBT addresses the latter by helping clients to:

REBT operates by identifying the client's musts. Once they can see that they distort their own emotions and actions, then the therapy proceeds by determining precisely how that occurs. The culprit usually lies in one of the three core musts:

REBT determines what the client demands of themself, of their significant others, or of their life circumstances. Not until the client discovers these core beliefs can they then go on effectively to reduce their distress. REBT asserts that the only way a client can remain disturbed about adversity is by vigorously and persistently agreeing with one of these three "musts." Thus, once they've been revealed, then the client is encouraged to confront and question these demands. Therapy begins by asking: "What's the evidence for this must?" "How is it true?" "How does it play out in my life?" Then the client is encouraged to see: "There's no evidence." "My must is entirely false." "It's not carved indelibly anywhere." "This belief causes me suffering." Make your view "must"-free and then your emotions will heal.

Next REBT reinforces the client's preferences, therefore reframing the attachment to the injunctions around a "MUST":

Assuming that the client takes these suggestions to heart and thereby greatly reduces their anxiety, hostility, depression, and addictions, what remains? Without their turmoil contending with the circumstance of their lives, they will more easily experience love, involvement, and joy. Without their addictions, they will be free to engage in the gratifying experiences of spontaneity, commitment, and self-actualisation. Thus, REBT appeals to those who wish to take control of their own life, rather than remaining dependent upon a therapist for years. By giving the client the tools for identifying and overcoming the true source of their difficulties, it prepares them to act in many ways as their own therapist. By reinforcing realistic self-benefitting beliefs, it eliminates existing emotional and behavioural concerns, and the means to avoid future ones.