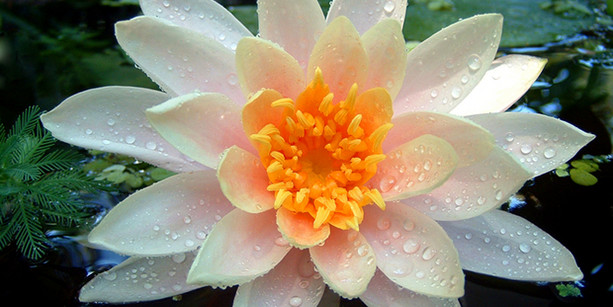 Cancer is the folk name for a form of illness that is characterised by uninhibited and infiltrating growth of certain types of body-tissue. Cancer cells, in contrast to healthy cells, have lost the identification with the tissue from which they originated and continue to live for the sake of growing. In doing so, they destroy the subtle functional order of the organism. Interesting is the fact that the organism has lost the ability or does not want to keep this growth process under control. If people die of cancer, they do so because of the loss of vital organ function, usually after chemotherapy, radiation therapy or surgery failed to stop the process of destruction of body tissue.

Suffering from cancer has been regarded for a long time as a death sentence. While these days some forms of cancer seem to respond well to treatments offered by conventional medicine, cancer is still taking its toll on humanity. Statistically one out of three people will develop cancer throughout his or her life; one out of five will die of this illness.

The search for causes

Over the years, many causes of cancer have allegedly been identified by scientists. According to these claims, viruses, poisonous substances, electrical fields and radiation are said to alter the genetic codes of the cells and by doing so trigger the uncontrolled growth. While environmental influences certainly play an increasing role in the occurrence of cancer, there are also strong indications suggesting an involvement of conflicts and repressed emotions.

Cancer poses a riddle in so far as it does not behave like other forms of illness but rather like a pregnancy. Whereas the body responds to "normal" illnesses with self-healing activities, it responds to cancer as if the growing tumor were a growing fetus.

Another riddle surrounding cancer is the fact that under cancer-condition the organism ceases to identify and eliminate cells that naturally degenerate in our organisms. Cell degeneration is a normal feature of any organism, however, an effective immune system is normally able to identify and eliminate the damaged cells without causing any damage to the organism. Yet, when the immunity of the organism is diminished, the degenerated cells are able to proliferate without restraint. While this mechanism was identified some time ago, the main focus of research is still on the search for substances that possibly cause cancer rather than the factors that reduce the body's immunity.

In the last decades, psychosomatic medicine, the science of the links between illness, conflict and repressed emotions, has massively contributed to cancer research. Recent psychosomatic views regard illness as a manifestation of psychosocial and environmental factors.

In the following I will highlight the most important results of a psychosomatic approach to cancer.

The clinical work of Shekelle (1981) shows that persons suffering from depression run an increased risk of attracting cancer. A long-term study based on psychological tests with 2020 persons demonstrates that depression more than any other risk factor contributes to the occurrence of cancer. Depression is here widely understood as result of difficulties with identifying or fears of expressing feelings. The unconscious process of repressing feelings that are experienced as unmanageable and of conflicts requires enormous amounts of life energy, energy that is consequently not available for other important life functions.

When viewed from a psychosomatic perspective, the social and emotional consequences of illness are extensions of the feelings that have contributed to the emergence of the illness in the first place. American scientists (Rogentine, 1979) found that patients who respond to their illness with strong concern and emotional expression are less likely to die of cancer than patients who deny the feelings that surround their condition. From this fact we can conclude that cancer should be regarded as a challenge to allow more emotional expression.

What has been said above seems in particular to be true for feelings of grief. Many authors describe a link between the development of cancer and patients' previous experience of the loss of a love object. I have observed that these "cancer-triggering love objects" can be anything from people to the loss of their job after retirement or the theft of jewelry. It is important here to note that the loss itself does not cause cancer; what seems to contribute to the onset of the illness is the difficulty to fully express the grief.

Cancer - a symbolic drama between mother and child

Bahne-Bahnson (1982) notes that people suffering from cancer experience in a psychosomatic way old emotional deficits that have never been consciously addressed. He suggests that cancer patients have been deprived of being innocent children, and that many of them had to look after and emotionally support their parents. These people missed out on much of the essential emotional nurturing that would have allowed them to develop a strong sense of self.

With the emergence of cancer, people symbolically take over the role of the nurturer, whereas their own tumors symbolise the emotionally deprived children. Unfortunately, in this symbolic drama the growing inner baby (tumor) is finally destroying its nurturing "mother".

Many people, who as children parented their parents, seem to re-enact this experience in adult life by looking after others more than after themselves. Many of them even join the healing professions. Cancer probably occurs at a time when after having institutionalised self-exploiting structures, people finally give up hope that they will be nurtured without having to look after others first. Identifying with the growing tumor then becomes the only way of finally getting some nurturing at least on a symbolic level.

As a medical student working in a hospital I met a nurse, who shortly before her death, pointed out to me that she viewed her cancer as the result of her inability of separating from her abusive and alcohol-addicted husband.

Bahne-Bahnson's scenario of the drama between mother and child might also explain why cancer patients are usually very patient and contained. In identifying with the tumor, people are finally getting some of the nourishment that they missed out on in their childhood.

Cancer - anarchy in the organism

As pointed out, a typical feature of cancer cells is their loss of identification with the organism. Behaving in an omnipotent way, the cells resemble the non-specific embryonic cells of an organism in its first weeks of development. Henschel and Vester (1977) regard cancer as a disorganised way of living characterised by the cells that grow for the sake of growing and that refuse to remember and fulfill their tasks for the organism.

This view on cancer is echoed by Dethlefsen and Dahlke (1990), who describe this illness as a state of anarchy in the organism. They regard the cancer tumor as an anarchist who refuses to play to the rules of the organism (society) but who rather follows his own narcissistic goals. Dethlefsen and Dahlke conclude that cancer is a biological suicide in which, having given up the identification with the organism, cancer cells are programmed to support the process of self-destruction.

The metabolism of cancer

In the 1920's, the scientist Otto Warburg discovered that cancer cells create the energy they need to live and grow through a metabolic process called glycolysis. In contrast to healthy cells that utilise oxygen, this biochemical reaction does not need oxygen to function. This feature of cancer corresponds with my observation that cancer patients often have a limited breathing capacity and thus an inadequate level of oxygen in their bodies.

Body-oriented psychotherapists understand that shallow breathing is one of the ways of keeping painful feelings away from conscious awareness. They often use deep breathing in their work with clients because it leads to an activation of repressed feelings and conflicts, which then can be integrated into people's consciousness. The cancer metabolism based on glycolysis corresponds with the emotional state of energy depletion and depression mentioned earlier.

It is worth mentioning in this context that a number of alternative health practitioners have for a long time applied mega-doses of vitamin C - a vitamin that facilitates oxygenation - as a way of treating cancer. While applying vitamin C as a cure for cancer seems appropriate considering the low levels of oxygen in people suffering from cancer, it nevertheless does not address the core of the problem, the fact that people breathe shallowly to control feelings. With emotional issues being the overriding scenarios, cancer patients might after some initial improvement reflexively reduce their level of breathing even further to compensate for the vitamin C.

Cancer - an illness caused by the medical profession?

While new developments in surgery, radiotherapy and pharmacology seem to give people suffering from cancer a higher life expectancy, psychosomatically orientated scientists claim that conventional medicine is still lacking a deep understanding of this form of disease. Some go even further by claiming that cancer is an iatrogenic form of illness, an illness "caused" by the medical profession due to its inability to assist people in making sense of their illnesses. These practitioners reason that the present manipulation on the symptom level distracts patients from learning to heal themselves by learning from their illnesses about their underlying conflicts and feelings. People, feeling neglected by a medical system that exclusively focuses on symptoms, then have to create symptoms on an even deeper physiological level to manifest in the outside world what is not healed in their souls.

Cancer, being a complex phenomenon, certainly requires a complex approach to healing that may include many different modalities. The strong links between cancer, self-development and limitations of the expression of feelings suggest that counselling or psychotherapy must play an important role in attempts to heal this condition. Assisting people in getting the emotional nurturing that they need to strengthen their selves will probably be an important aspect of the therapeutic process. Diets and many other alternative treatments are useful but seem to be limited in their effects on the cancer process.

At the same time it is important to consider that psychological work is a relatively slow process, usually too slow for many tumors. Treating tumors initially with radiotherapy, chemotherapy or removing them surgically is absolutely necessary to bring the tumor under control and to buy the time that is needed for the emotional healing process. In any case, cancer patients, often struggling with communicating their feelings, need practitioners who are interested and skilled in working with "the whole person."

Including the body into the psychotherapeutic process is useful to intensify the process and to gain access to unconscious feelings. Breathing exercises which intensify people's liveliness and sense of identity not only help access unconscious feelings and conflicts but also counteract the glycolytic metabolism on which cancer is based.

Dr Werner Sattmann-Frese studied conventional medicine and bodyoriented psychotherapy from 1977 to 1984. Since then he has been working as a bodyoriented (somatic) psychotherapist, supervisor and course facilitator. Holding a Master of Applied Science and a PhD degree in Social Ecology, Werner also has a special interest in the "greening of psychotherapy" and the interrelationships between our psychosocial living conditions, physical illness, and our present environmental crises.

You can call Werner on (02) 9281 9251 to obtain further information on this subject, to share your thoughts on cancer, or to inquire about courses on psychosomatic medicine and sustainable living.