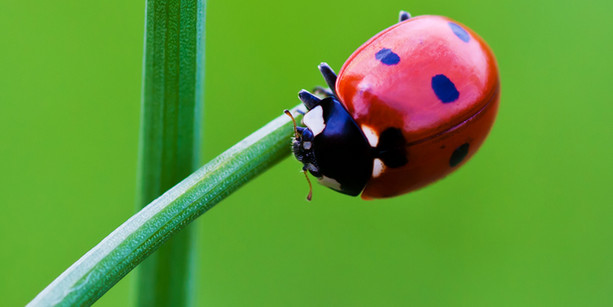 Panic is an awful thing to experience. If you have had it you would know - the terror, nausea, irrational thoughts, shortness of breath, racing heartbeat, hot and cold flushes, sweating, dizziness, numbness, tingling, trembling…many people feel like they are about to die! But then slowly you return to normal again.

In my practice, I would see someone every couple of weeks complaining of panic attacks. Sometimes the feelings have been going on for years. Other people have had just one or two recent episodes and know enough to act on it quickly. Apparently, 10 percent of the population suffers these insidious attacks!

Panic attacks are often highly debilitating; stopping people from working, socializing, shopping and many other everyday activities. What makes them most challenging is their unpredictable nature. Panic attacks arrive with no warning. They don't just ambush people who are stressed, they can happen while you are sleeping, or out with friends enjoying a relaxing meal (although stress is often a factor to be considered).

And because of their sudden and unexpected nature, the individual starts to feel anxious in case it happens again. This increased level of anxiety does in fact increase the likelihood of another attack.

If this cycle of Panic Attack-Anxiety-Panic Attack is not interrupted, then the situation can rapidly snowball, getting out of control quickly. However, Panic Attacks can be brought under control, especially when tackled early, before this cycle gets too embedded.

Many people want to know how to get on top of their panic and anxiety. What I have found in my practice is that there is not a one-size fits all solution. Anxiety and panic are not simply painful and terrifying experiences, they are also doorways into self understanding and self development. There is purpose and meaning to these devastating attacks - although it is often hard to believe that when you suffer from them.

Let me give you a couple of recent examples from my practice:

A young woman came to see me; she had been experiencing panic attacks for around 6 years. In her mid-twenties, she's young, intelligent, attractive, and in a happy relationship. Her attacks strike randomly, and she had created a safety zone by reducing places she visits on her own; her greatest fear was being alone and having an attack where she could not look after herself.

In exploring her experience, several beliefs were highlighted. She had developed a belief system which advocated "being in control, independent, confident, and self-reliant". The expectations she put on herself to abide by this belief system were "perfectionist" in nature (i.e., it is never ok to be out of control, emotional, in need). She had immense judgement about needing support and asking to be looked after.

Ironically, her panic attacks brought her "to her knees", giving her no option but to ask for support and help from friends, family, partner, and eventually (after 6 years!!) professional support. To front up to counselling meant wrestling with her inner demons around feeling crazy and insane; she struggled to accept that having an emotional problem is no worse than having a broken leg. Both require healing, treatment and support. Neither experience means you are a failure!

This was the learning panic brought to her life - we all need support, it's ok to feel vulnerable sometimes, no-one has it together constantly. Without panic she would not have developed skills for dealing with vulnerability, emotion, failure, and powerlessness. Her whole relationship with her panic attacks shifted; she began to see them as a teacher, not an enemy!

Anxiety as an Ally

Anxiety became a valuable asset for a man in his 30's. He had suffered from anxiety and panic for 10 years, but was a successful business consultant. His panic always started in a situation where he was suddenly thrown into the spotlight. It could be a business meeting or simply standing around chatting in a group at a BBQ. Mostly he felt confident and in control; he was well spoken and not lacking social skills, but whenever he found himself in the limelight, he would start to panic.

In exploring his experience, we found that when he felt the spotlight was on him, he thought to himself "people expect me to perform well and be confident". This thought immediately brought on the nerves and would quickly spiral into anxiety and panic. The reason it escalated to this degree was because in his head, he heard a critic that said "you can do this, get it together, don't crack up under pressure, what will people think of you!"

I challenged his inner critic, asking whether it had any constructive criticism, because it was only making his confidence worse by attacking him. As we brought out the critic, we discovered that it had good intentions, but poor communication skills. Responding as the Critic, my client said "I'm criticizing him because I really believe in his potential and want him to succeed and be confident in his skills".

Now of course this critic had developed because he had marginalised his belief in himself and his abilities. And so the panic helped him by bringing his attention to it. It was actually his desire to perform well and be confident.

The critic even had advice for him "Focus; Stop thinking and planning and start doing; Believe in yourself, Grow into your potential, and don't be lazy"

Utilizing the theories and techniques of author and psychotherapist Arnold Mindell, I have found that anxiety and panic exist in order to bring our awareness to qualities and attitudes we are yet to develop, to help us grow into ourselves, and become stronger and more self-sufficient. Ironically, they do this through giving us an experience of weakness, insecurity and reduced confidence in self.

If you identify as suffering from panic attacks, occasionally or frequently - don't wait for them to improve, seek out a professional Psychologist who can help you break the cycle. In the mean-time, here are a few tips to help you survive your next attack:

• Self Soothe - control and calm your thoughts, tell yourself "I will be okay", "This will pass", "If I do this it will help" etc. Panic attacks are not lethal, but they can feel life-threatening. If you have concerns that it may be a more serious condition, seek medical advice.

• Distract yourself - move around, walk, jump, run down the street, do handstands…moving one's body and changing one's environment usually helps to overcome an attack.

Posted on 06 November 2004 in - Library - Anxiety and Depression