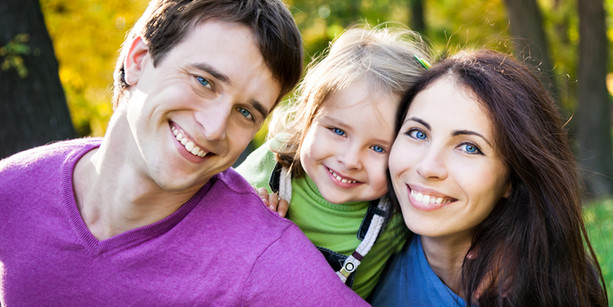 Family therapy is based on the idea that the behaviour of individuals and families is influenced and maintained by the way individuals and systems interact with each other. This way of working involves engaging with the whole family system as a functioning unit.

The family's patterns of behaviour influences the individual and therefore may need to be a part of the treatment plan. In marriage and family therapy, the unit of treatment isn't just one person - even if only a single person is interviewed - it is the set of relationships in which the person is imbedded.

Research indicates that marriage and family therapy is as effective, and in some cases more effective than standard and/or individual treatments for many mental health problems such as: adult schizophrenia, affective (mood) disorders, adult alcoholism and drug abuse, children's conduct disorders, adolescent drug abuse, anorexia in young adult women, childhood autism, chronic physical illness in adults and children, and marital distress and conflict.

Family therapy evolved out of the reigning paradigm of psychoanalysis and the medical psychiatric model as clients' treatment needs seemed to go beyond the psychoanalytic. Today more contemporary cultural influences such as managed health care have favoured the usually quicker approach of treating the entire family as opposed to each individual member. Family therapists proposed that psychological problems were developed and maintained in the social context of the family.

This new contextual perspective relocated the responsibility for the problems and the focus of treatment from the internal world of the individual client to the entire family. This shift in understanding human events in terms of interactive patterns of behaviour also called for a new way to explain the existence of emotional distress. The biological and psychoanalytic models advocated a causal, linear model of understanding human illness, which emphasised internal dysfunction and failed to take into account the reciprocal nature of interpersonal relations. Family therapists proposed that psychological problems were best explained in terms of circular, recursive events that focused on the mutually influential and interpersonal context in which they developed.

Several concepts and movements in the field of psychology influenced the evolution of family therapy and shifted the view of life and problems from an individual to a systemic perspective. Among the most instrumental events were studies of small group dynamics, the child guidance movement, social work practices, research on family dynamics and the aetiology of schizophrenia, and marriage counselling.

Social psychologists studied small group dynamics in the 1920's to enhance their understanding of political problems and group structure and boundaries. Research by Kurt Lewin led to his conceptualisation that a group is more than the sum of its parts and suggested that group discussions were more effective then lecturing in changing behaviour and ideas. Furthermore, because interdependence among group members seemed to stabilise maladaptive patterns of behaviour, changes in group behaviour were brought about only after disrupting the group's accepted habits and beliefs. The principles of group dynamics are highly relevant to family therapists who must not only work with individuals, but with entire family systems (Nichols & Schwartz, Family Therapy: Concepts and Methods. Fourth Edition. Allyn & Bacon 1998).

Two of the most important concepts of small group dynamics that influence family therapy were: (a) the distinction between the process and content of group discussions, and (b) role theory. Therapists recognised that need to understand not just what the group members said (content), but how these ideas were communicated (process). By focusing on the process of their discussions, therapists can help families improve the way they relate and thus enhance their own capacity to deal with the content of their problems. Virginia Satir expanded on the concept of how individuals behave and communicate in groups by describing several family roles that can serve to stabilise expected characteristic behaviour patterns in a family. For example, if one child is a troubled "rebel child," a sibling may take on the role of the "good child" to alleviate some of the stress in the family. This concept of role reciprocity is helpful to understanding family dynamics because of the complementary nature of roles makes behaviours more resistant to change.

Several other aspects of group dynamics contributed to the treatment approaches developed in family therapy, some of which are still used today. These include: acting out familial conflicts with the group instead of discussing them; and instructing individual group members to imagine that the group is their family of origin, with the intention of enabling group members to allow unresolved family and emotional issues to surface and be dealt with in a more objective setting. All of these applications of group dynamics to family therapy involved shifting the focus of treatment from individuals to the group itself, and involved a growing understanding of themes and dynamics common to all members.
The child guidance movement was also highly influential in the history of family therapy. Child guidance clinics were established on the premise that psychological problems begin in childhood and early intervention is the best way to prevent the future occurrence of mental illness. At first, child guidance clinics treated children and parents separately; the family was viewed as an extension of the child. However, it became apparent that treating the child did not make the family's problems go away. Eventually, child guidance workers such as John Bowlby determined that a child's symptoms were usually a function of emotional distress in the family. Bowlby began the transition from individual to family therapy by facilitating communication between parents and children in conjoint interviews.

Gregory Bateson was the leading figure in the schizophrenia research project in Palo Alto, California, which had a strong impact in shaping the course of family therapy. Along with Jay Haley, John Weakland, William Fry, and Don Jackson, Bateson developed a theory of communication to explain the development of schizophrenic behaviour within the familial environment. The group hypothesised that symptoms of schizophrenia function to maintain a homeostatic balance in families, and must therefore be a result of interactions among family members.

In 1956, Bateson and his colleagues introduced the concept of the double bind to describe how schizophrenic symptoms could be explained in the context of families. While many of these assumptions about the family's role in schizophrenia later proved to be incorrect, the group's research was a springboard for the developing field of family therapy. The Palo Alto group research project resulted in some of the earliest observations of communication and organisation among family members.

Theodore Lidz's investigations of the family dynamics of schizophrenia introduced a new element to the earlier studies conducted by the Palo Alto group. Whereas previous efforts to understand the role of the family had focused on mothers' relationships to their children, Lidz discovered that fathers too had a profound - though often unfortunate - influence on the development of symptoms in their children. Lidz found that a large proportion of schizophrenic clients in his studies came from broken homes and experienced destructive relationships with their families, particularly with their fathers. He also observed that the parental marital relationships often did not function as a cooperative unit. Lidz's studies of family dynamics and the interactional patterns that may contribute to symptomatic behaviour helped pave the way for family therapy.

Professional marriage counselling is another area of research and clinical practice that contributed tot he development of family therapy. The first institutes for marriage counselling were established in the early 1930's as clinicians recognised the advantages and efficiency of treating married couples in conjoint sessions. This growing appreciation for patterns of relationships in families led to numerous studies on marital conflict and dynamics and the effects on children's development.