Living at the seam line

My struggle against separation. 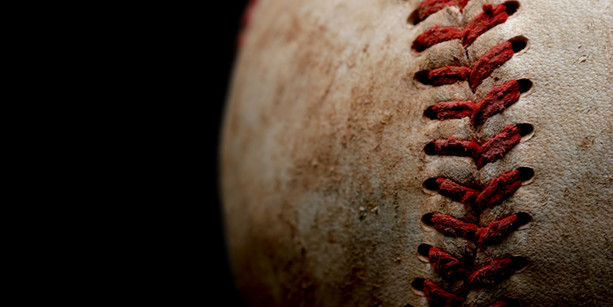 A little while ago I guided a tour of second year students from the institute for democratic education (where I study) to the area where the Separation Wall is being built between the Palestinian community of Beit Suriq and the Jewish-Israeli community of Mevaseret Zion. The subject of the tour was the environmental effect of the wall in the area and it was part of a course about environmental issues in Israel. I was chosen (or chose) to guide the tour because I was born and raised in Mevaseret Zion (a town of 25,000 residents near Jerusalem) and because I was part of a group of residents from Mevaseret Zion and Beit Suriq that campaigned to prevent the construction of the separation wall between the communities.

Almost two years ago the first plans of the wall in our region where published and construction of the wall begun soon after. According to the original plan the wall was to be built only a few meters from the houses of Beit Suriq residents annexing 90 percent of their land to the Israeli side and enclosing the residents, along with a few nearby villages, in a small prison-like area surrounded by walls, fences and checkpoints. This wall would have shattered the infrastructure of life for the villagers of Beit Suriq and would have left them with virtually no means to ensure their existence. After a long joint struggle led by residents of Beit Suriq and Mevaseret which included a variety of activities such as meetings, tours, a protest camp, a kite flying event, demonstrations and legal procedures we were able to save most of the village's lands from being annexed but not to stop the construction of the separation wall.

As part of our studies at the Institute for Democratic Education we have a bi-weekly group meeting of students. During one of these meetings I shared how painful it is for me that the Separation Wall is being built in my hometown, separating Jews from Palestinians. During this session one of the students asked me why it was so hard for me personally. He wasn't interested in hearing that lands were still being confiscated by the wall, that people in the village will have no way of providing for themselves once the wall is built, or that life in the shadow of the wall will be very dangerous for both sides but rather he wanted to hear how the wall was hurting me, Rotem, personally. I gave him an answer but the answer I provided at that moment did not satisfy me and I continued to think about his question long after it had been asked.

The answer that came to me, suddenly, was simple but crucial: The separation wall is destroying, physically and symbolically, the place where my life is lived. In Israel we call this place the "seam line" this sometimes physical, sometimes imaginary line, a place that is neither here nor there, is the place where I grow, develop and flourish. It is the place where my family, friends, work and future is. My place of living, physically, culturally and spiritually, is in the colorful area between Israel and Palestine, Jews and Arabs, Woman and Men, East and West. I am part of a dwindling group of "seam line" residents in a society whose dream is "us over here, them over there" with different "us" and "them" fitting the different groups of belonging according to the circumstances.

The area between two separate environments is the richest and most fertile area, this is known to anyone who has some environmental knowledge. My "seam line" life is a place where things meet. It is a place where one meets the other and between them new ideas are created and take on a spiritual, practical and physical form. It is a place which is constantly in motion, into which a constant stream of new ideas and creations flow. It is also a place of tension, of contrasts and of late night discussions attempting to settle one thing with another. It is a place of fear and excitement full of strong emotions like anger, disappointment, hope, promise, and love. It is a rich place where life is rich.

This is why I am so pained at it's demolition..

And what do they offer us, those living on the seam line, in exchange for the destruction of our life's space? They offer us life in ghettoes of Jews and Arabs, Woman and Men, Westerners and Easterners, rich and poor. A life of shopping malls, parking garages, computerized everything, SAT's, army service, titles and money (more or less). A life of "security", in which the only "secure" thing is that there is no life in them at all.

It is, further, a mistake to think that separation leads to security. Just ask the residents of the Jewish-Israeli town of Sederot (whose life near the wall surrounding Gaza is one of extreme poverty and frequent missile attacks), or my parents in a year or two. Separation only serves to makes a sick reality permanent, making sure that we have more of the same. It separated from us that which is different, because differences scare us and that which scares us must be suppressed, oppressed and eliminated. Us over here and the fear over there, just as long as it isn't too close to me…

This is why the struggle against separation is a struggle for our lives and we must continue it even when it seems that there is no hope. In my struggle against separation I am fighting for the wealth of my life as well as yours. The seam line will forever be the place where I live and it is also where our joint future will be decided: between a future of poverty, fear and death, to a future of wealth, love and life.

The place that is neither here nor there is the place where I am alive.

Rotem is a Conscientious Objector to army service. He served for a year and a half in the Israeli Army before refusing to continue to serve and spending time in prison for his choice. Since his release he has been active in youth education as well as social activism, focusing particularly on resistance to the Israeli built Separation Wall. His work has focused on young Israelis who are contemplating their army service and it comes from his belief that young people have the right (and responsibility) to choose whether they will serve in the army or not, as well as choose their role in society according to their own beliefs and convictions. "This kind of choice is not present to most Israeli youth in our highly militarized society."