It's been said that Australians will bet on anything 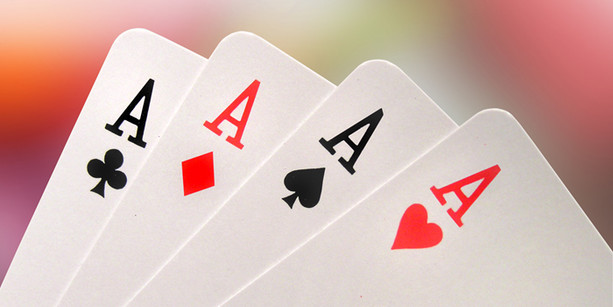 What is gambling? "Staking money on uncertain events driven by chance. The major forms are wagering (racing and sports) and gaming (casinos, gaming machines, keno and lotteries)."

The term "Problem Gambling" includes, but is not limited to, the condition known as "Pathological", or "Compulsive" Gambling, a progressive addiction characterized by increasing preoccupation with gambling, a need to bet more money more frequently, restlessness or irritability when attempting to stop, "chasing" losses, and loss of control manifested by continuation of the gambling behavior in spite of mounting, serious, negative consequences.

People around the world have been gambling for many hundreds of years and it has been part of Australian culture since European settlement.

For most Australians gambling is an enjoyable form of entertainment. Gamblers come from all walks of life and sections of the community. For most people it is an enjoyable pastime that does not cause any difficulties because people are able to control their behaviour and are prepared to spend and lose what they can realistically afford. For a small proportion, however, gambling has negative social consequences. For every person who has a problem with gambling it has been estimated that another five people are affected.

The frequency of a person's gambling does not determine whether or not they have a gambling problem. Even though the problem gambler may only go on periodic gambling binges, the emotional and financial consequences will still be evident in the gambler's life, including the effects on the family.

Although no substance is ingested, the problem gambler gets the same effect from gambling as someone else might get from taking a tranquilizer or having a drink. The gambling alters the person's mood and the gambler keeps repeating the behavior attempting to achieve that same effect. But just as tolerance develops to drugs or alcohol, the gambler finds that it takes more and more of the gambling experience to achieve the same emotional effect as before. This creates an increased craving for the activity and the gambler finds they have less and less ability to resist as the craving grows in intensity and frequency.

Some of the reasons for gambling may include; a way to escape bad feelings, eg anxiety, loneliness, depression, sadness and grief; a way to cope with feelings of stress; to relieve boredom; to feel accepted in a group; to cope with unhappy relationships or a way out to solve all their problems.

New figures released on Tuesday 14th February 2006 from the Australian Bureau of Statistics estimates on the component of gambling within the overall retail sector of the economy. The bureau said between December 2003 and the December 2005 quarter, gambling net proceeds grew 22.1 per cent to almost $2 billion. Turnover through hotels and licensed clubs was up 12.1 per cent to more than $4.8 billion.

Many of us have entered a Melbourne Cup sweep (when the whole country seems to stand still for a horse race) or taken part in 'footy pools' during the football season, or lottery tickets in general.

It's been said that Australians will bet on anything - even two flies crawling up a wall. Yearly, as part of the celebration of our National ANZAC day, hundreds of people around the country openly play the illegal game of two up. Today, we are able to play it on the internet.

The Internet will change gambling as we know it. Personal computers will become virtual casinos and digital television could transform living rooms into gambling venues. There is little doubt that while less than 1 per cent of Australians are gambling online now, the number will increase - and so will the amount being gambled. For example, Canbet, an online wagering site operating out of Canberra, has reported that its turnover increased from $14.2m in 1996 to $47m in 1998-99. Lasseters Online, Australia's first licensed online casino, reports that it is making a profit of $1m per month. The turnover for its first year of operations was $78m.

The National Crime Authority (NCA) advised that online gambling provides criminals with the means to launder money. The Committee recognised the need to ensure that existing resources in the fight against money laundering are adapted to meet the challenges posed by online gambling. Australians are able to access overseas-based online gambling sites with the click of a mouse. In fact, the majority of Internet gambling sites are located offshore. Most are found in the Caribbean, which offers operators favourable taxation rates and lax regulatory standards.

Helping a gambler to get back on track

Some helpful ideas that have worked for others have been to always eat before gambling, as this will help to think more clearly; reduce intake of caffeine if not sleeping well; not to drink alcoholic drinks while gambling; tell someone who cares if they are feeling stressed, unhappy or upset; don't feel ashamed about getting help from a professional who has a good understanding of gambling and the problems that may come with it.

Assisting a spouse of a problem gambler

There is some evidence to suggest that children of parent(s) who have a problem with gambling are at a greater risk to using alcohol, drugs or gambling at an earlier age than other children.

More immediate problems for children come from the financial hardship experienced causing a lack of money for items like food, clothing, family outings, activities and school excursions. They may feel the loss for a parent who is always away gambling for long periods, the loss of security and loss of trust may become an issue. This may cause a withdrawal of the child from making friends at school, a loss of confidence, feeling guilty or ashamed about their parent's behaviour and not wanting to bring other school children to their home.

As with every other problem, people who gamble are responsible for their behaviour and are the ones that will decide if they want help to change their behaviour. It doesn't matter how long they have gambled or how many other things they have tried unsuccessfully to stop the gambling habit. It does matter that it is their decision to want to change if therapy is to be successful.