A Community of mind and Deep affection 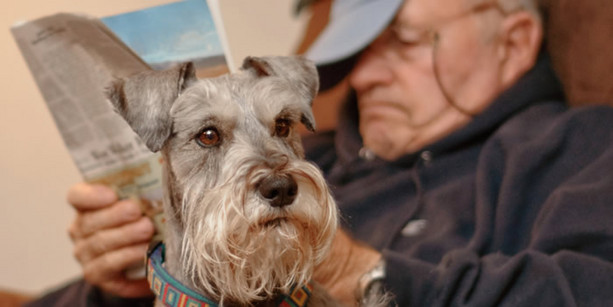 I suppose there are at least several forms of friendship, and perhaps there are many. Friendship is a form of love that was well known to the ancient Greeks. Philia is the word that pointed to the unique form of love known as friendship, a complex set of qualities that enriched culture.

Though I am somewhat of a solitary, the few friends I have enjoyed in my life have considerably deepened my soul-life and expanded my horizons. You could make a broad distinction between friendships between men, those between women, and those that occur between men and women. There are also friendships between humans and animals, and between animals, too. Friendships can exist between humans and fictional characters. Authors sometimes strike up a friendship with a character that they intend to write about. It’s a way of getting closer to the experience of the character, and this sometimes can produce a novel, or even non-fictional works of great depth.

I would venture to say that the common characteristic of all friendships is symmetry, along with a desire to foster and protect the well-being of the other.

Occasionally certain friendships catch the attention of others and gain an importance that goes beyond the persons involved. One class of such friendships has been called literary friendships:[1]

Great literary friendships are rarer than we think. Or at least extensive firsthand testimony about such friendships is rarer than we think. As often as not, what we know about a given literary friendship is a compound by later scholars and historians, concocted from letters, reminiscences of others, and general rumor and report. When it is firsthand it is often one-sided, as with Boswell and Johnson or Coleridge and Wordsworth. Take away Boswell's Life and Coleridge's Biographia and we are left with the aforementioned compound by other and usually later hands. Sometimes great literary friendships are great only because the friendships themselves are one-sided. Thus Carlyle made a literary figure of John Sterling because he was Carlyle's friend; thus Tennyson made a literary figure of Arthur Henry Hallam because he was Tennyson's friend. But what if, asks literary scholarship, we had the joint testimony of both sides of an important literary association? If, for example, we had Shakespeare's poetic assessment of Ben Jonson as well as the one we have from Jonson on Shakespeare. How illuminating that would be of what each thought of the other and hence of what we may think of either.

Owen Barfield’s friendship with C. S. Lewis is such a rare literary and, as well, personal friendship—one that spanned the lives of these two great literary figures. Their friendship had some unique qualities that led to a fruitful union producing new and refined thought within their respective fields of inquiry. The contributions each man made to culture, as a direct result of their friendship can be found in some detail in Barfield’s book, Owen Barfield on C. S. Lewis, cited below.

C. S. Lewis offers a description of their friendship that clearly shows the unique alchemical nature of their bond, one that is based on opposition, not sameness:[2]

The first lifelong friend I made at Oxford was A. K. Hamilton Jenkin, since known for his books on Cornwall. He continued (what Arthur had begun) my education as a seeing, listening, smelling, receptive creature. Arthur had had his preference for the Homely. But Jenkin seemed to be able to enjoy everything; even ugliness. I learned from him that we should attempt a total surrender to whatever atmosphere was offering itself at the moment; in a squalid town to seek out those very places where its squalor rose to grimness and almost grandeur, on a dismal day to find the most dismal and dripping wood, on a windy day to seek the windiest ridge. There was no Betjemannic irony about it; only a serious, yet gleeful, determination to rub one's nose in the very quiddity of each thing, to rejoice in its being (so magnificently) what it was.

My next was Owen Barfield. There is a sense in which Arthur and Barfield are the types of every man's First Friend and Second Friend. The First is the alter ego, the man who first reveals to you that you are not alone in the world by turning out (beyond hope) to share all your most secret delights. There is nothing to be overcome in making him your friend; he and you join like rain-drops on a window. But the second Friend is the man who disagrees with you about everything. He is not so much the alter ego as the anti-self. Of course he shares your interests otherwise he would not become your friend at all. But he has approached them all at a different angle. He has read all the right books but has got the wrong thing out of every one. It is as if he spoke your language but mispronounced it. How can he be so nearly right and yet, invariably, just not right? He is as fascinating (and irritating) as a woman. When you set out to correct his heresies, you find that he for-sooth has decided to correct yours! And then you go at it, hammer and tongs, far into the night, night after night, or walking through fine country that neither gives a glance to, each learning the weight of the other's punches, and often more like mutually respectful enemies than friends. Actually (though it never seems so at the time) you modify one another s thought; out of this perpetual dog-fight a community of mind and a deep affection emerge. But I think he changed me a good deal more than I him. Much of the thought which he afterwards put into Poetic Diction had already become mine before that important little book appeared. It would be strange if it had not. He was of course not so learned then as he has since become; but the genius was already there.

Owen Barfield quotes William Blake in his pithy summary of his friendship with C. S. Lewis: “Opposition is Friendship”!