Reconnecting with your body. 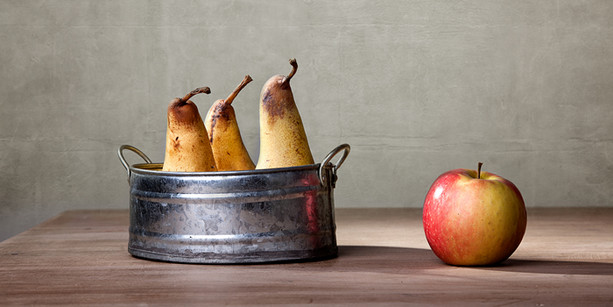 The source of our thinking about food goes back to the early philosophers. Famous philosophers in the Western tradition were definitely talking about food. But the way it was dealt with was to basically marginalize its importance. Food and matters of the body were considered mundane. Plato, one of the founding philosophers of Western thought, complains that neither "truth" nor "thought of any kind ever comes from the body". The body is a distraction, keeping us "busy in a thousand ways" because of its need for food.

In contrast, ancient Asian philosophers attached importance to food and advanced ideas of health based on healthy eating. Confucius described food as one the three basic conditions, along with an army and trust, for founding a state. Nei Jing, the book that lays out the theory of traditional Chinese Medicine (TCM) established the philosophical belief that medicine and food were identical.

Fast-forward to modern society and food is one of the biggest problems of the current world that is intimately tied up with us. Our naďve everyday understanding of food and its relationship to the body must be replaced with a comprehension of its complexity. Food has become so over laden with meaning, or divorced from meaning altogether that we've lost touch with the simple act of eating. The body has become an alien entity, a thing to be controlled and maintained. To fix it, there is an endless plethora of "how to" books on food, dieting, making love, making friends, finding happiness, and sleeping. We impose rigid practices on ourselves, pounding our flesh into submission under the guise of fitness or starving the body as a way to feel a sense of control, or to at least to be good at something.

Sometimes it takes an obsession for us to realize that we've lost our way. In modern society it's hard to know anymore what true satisfaction looks like or what it might feel like. We must learn how to listen to our body's innate and mysterious inner wisdom and begin a process of learning how to feed ourselves with no leftovers of guilt or shame.

It is a global necessity that we re-establish an ethical relationship with food and put ourselves back in harmony with the natural landscape, plants and animals. A shift can occur when we realize we are not disembodied minds unfortunately connected to a physical body and we begin to take pleasure in simply being alive and reaching out from that aliveness to encounter the world. It means we care for good taste, not necessarily related to aesthetic pleasure and refinement, but to beautifully presented, healthy foods and the pleasure of sharing it with others. When we think about food in modern society, we can envision a new philosophical appreciation for the aesthetics of nature, the protection of natural resources, and a higher quality of life for all people.