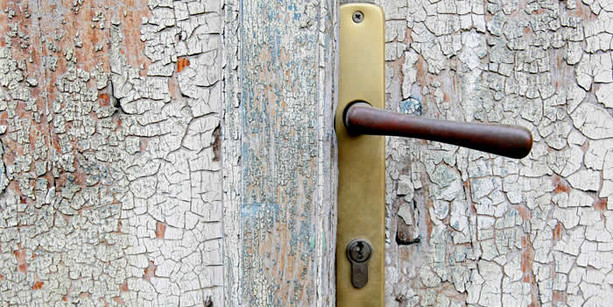 This story is about the experience of Embodied Imagination (EI) work, with a traumatic memory of sexual violation, by a group of teenage boys which a client I will call Miriam experienced when she was 15.

Embodied Imagination is a therapeutic and creative way of working with dreams, memories and physical symptoms, pioneered in the late 70s by Dutch Jungian analyst, Robert Bosnak. It can also be an effective treatment for trauma.

During the process of therapy, some strong emotions arose for Miriam, particularly shame, in connection with the traumatic experience she had over 40 years ago. She had never completely repressed this experience. However, at the time it happened she didn't tell anyone and more or less carried on as if nothing had happened. This response is not an uncommon one.

Initially, although she was interested in Embodied Imagination and understood it could be helpful for, this just felt too exposing. And anyway she thought, it had happened so long ago.

However in speaking about her experience she realised she still had a lot of emotion connected with this and I suggested working on this. The feeling of safety within the therapeutic relationship had really developed. Miriam now felt the courage to explore.

EI work begins with finding a safe place in the dream or memory environment. Miriam experienced the memory of being in a room prior to the abuse. By herself, standing comfortably in touch with her youthful  feminine self.

When we moved to the room where the events happened, her breathing pattern changed. She was aware of anger, this built up to very intense rage. She felt like a wild cat, its claws out for attack. Allowing this to be fully experienced, was very important. She was then ready to move to the next part of the work.

An essential element of EI work with trauma is finding a safe place in the environment, from which to observe. For example a chair or table. Robert Bosnak calls this the neutral witness. It is essential to witness the events from this perspective to prevent re traumatisation.

In Miriam's experience a wooden door handle presented itself, very strongly and clearly. Transiting* into the consciousness of the door handle and experiencing events in the room from its perspective, she could see and hear what was happening and was able to witness this in a completely calm way. She would never have believed this would be possible; Rick Hanson's description of equanimity describes her experience well: "present to experience but not upset by it, have a kind of space around experience, a buffer between you and the feeling tones"

From that point of view, she was able to very slowly approach her young body. Each time the emotions started to become too intense, I directed her back to the safety of the door handle perspective. This restabilised her and she was able to continue to move closer to her body and the emotions held there. This process enabled Miriam to connect with very difficult emotions and sensations and gain new insights. Although this was not easy, at the end she felt an attunement and like a lost part of herself had been found.

Since doing this work, she has noticed when she has felt angry, she was more in touch with feelings of strength rather than disempowerment. Although the sense of shame has not disappeared, it has decreased. Also she feels more compassionate towards the young girl she was, rather than judging herself. What has stayed with her most is the door handle perspective, which has the ability to be present to such intense and difficult experience without being disturbed.

*Transiting/identification with dream or memory figure is a process that happens through careful observation and internal miming, this perspective can be very different from our habitual consciousness.